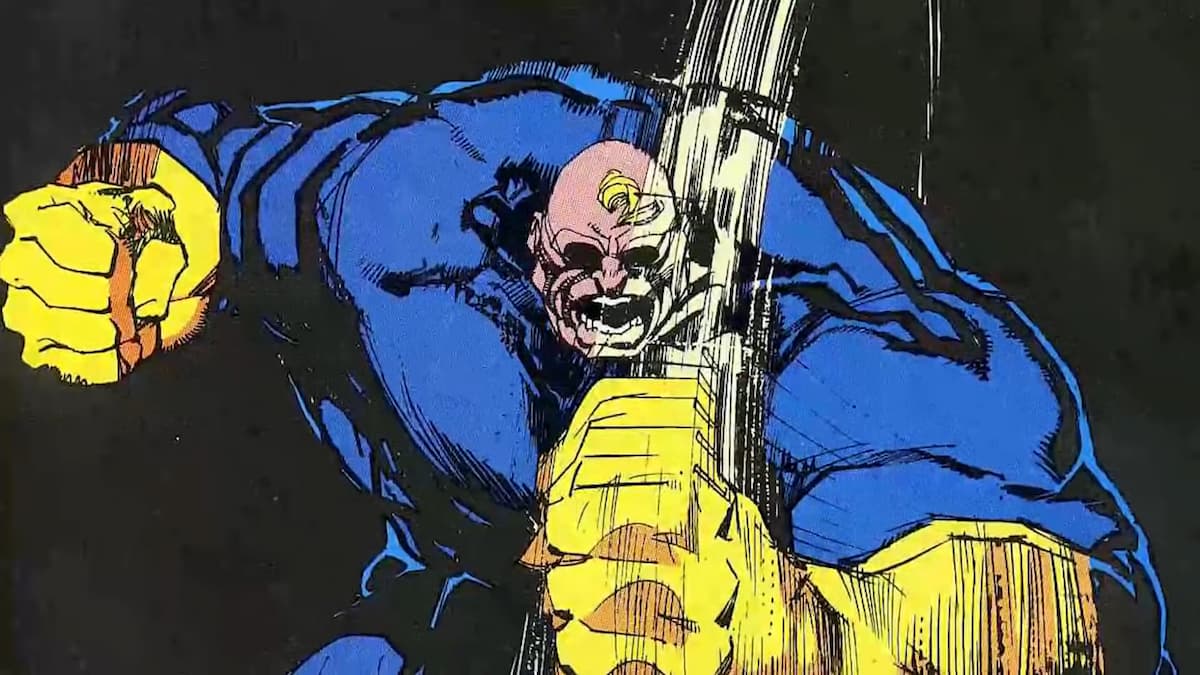 A beefed up tank that can hold his own against Drax the Destroyer, Guido is a member of the X-factor (a spin-off of the X-men) with kinetic energy powers and a sense of humor. The character first appeared in a 1985 issue of The New Mutants as the bodyguard to intergalactic thief and rockstar, Lila Cheney – but he’s been a recurring character in the time since.

Guido has a unique set of powers that allow him to absorb kinetic energy, however, he must expel that energy or risk causing himself harm. It’s revealed that Guido’s powers cause him constant pain and that he masks his pain with jokes so that his teammates won’t pity him. Despite seeming like a brute, he is one of the most complex Marvel characters in the comics.

Guido’s super strength does come with plenty of dangers to his health. If he does not expel any kinetic energy that he has absorbed within 90 seconds he will become permanently disfigured. This could also kill him, these disfigurements are also incredibly painful so it’s vital that he expels the energy. His superhuman strength also puts a massive strain on his heart and it has caused his downfall in many of his fights throughout the comics. Guido is also extremely near-sighted and must wear thick corrective lenses.

Guido was raised by a strict family who obsessed over money and would watch every penny spent. He was a skinny child who struggled making friends and so resorted to becoming the class clown. Guido ended up in a fist fight with his classmates, which is when his mutant powers kicked in. During the fight he was also hit by a school bus resulting in him absorbing the energy. However, Guido is not able to expel the energy from this as he is unaware of how his powers work. As a result his body was permanently disfigured. He has a huge muscular chest and arms but a normal-sized lower half. His look is iconic and recognizable straight away, although sometimes exaggerated to the point of ridiculousness by some artists.

Guido’s parents were killed by a falling satellite resulting in him receiving a payout and living a lavish lifestyle. When the money ran out he continued to chase that lifestyle by taking jobs as a bouncer and bodyguard which is how he first appears in the New Mutants. Guido later ends up on Muir Island under the mind control of the Shadow King.

After the Shadow King’s defeat Guido is recruited into the X-Factor and takes up the name Strong Guy, a name that he comes up with on the spot in the middle of a press conference. From then on he became a recurring character in the X-Factor comic series.

Guido’s personality made him an instant favorite amongst fans of the X-factor, his care-free persona meant he was instantly likable and his instincts to protect his team only endeared the character more to audiences. Although Guido is brutish he also cares deeply for his teammates and forms a close bond with Jamie Madrox aka Multiple Man and Rahne Sinclair (Wolfsbane). However, his jokey attitude is a front for the sadness he feels. His deep sense of empathy has often left him feeling depressed and he’ll blame himself for things that are out of his control. Like when he was hypnotized by Singularity to kill a man.

Guido’s story only gets sadder as Jamie Madrox is killed in action. Later Guido suffers an unrelated heart attack and ends up in suspended animation. When he wakes up the world has changed and Madrox is alive again. Guido joins a new team known as X-Factor Investigations with Madrox until a fateful mission in which he is shot through the heart and dies.

We see Guido again after he is brought back to life, however, the process means that he has no soul. He ultimately leaves X-Factor Investigations and even ends up as the king of hell for a while before returning to Earth with his soul intact.

The character’s most recent appearance was in the mutant state on Krakoa, this is after being killed again and being brought back to life again. It seems like he’s not going anywhere. Guido has been a regular character in the X-Men comics since the late eighties. Although his time in the X-Factor investigations brought his character to some dark places we can only hope that the future may be a little brighter for him now.