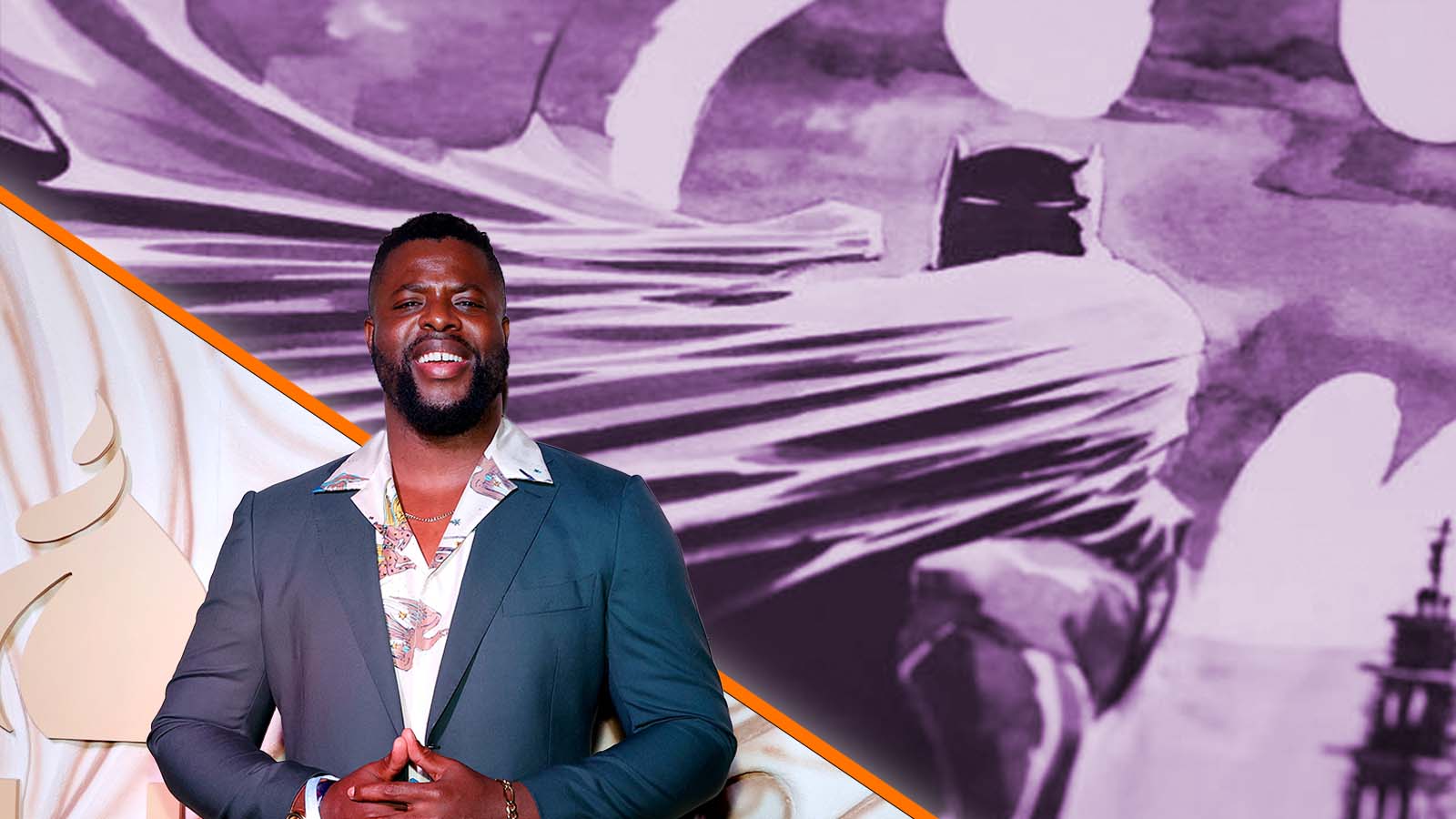 The first project to come from a groundbreaking new deal between Warner Bros. and Spotify is about to launch. Last year, the studio announced that it had partnered with the music and podcasting platform to create a series of scripted podcasts based on some of the most iconic characters in the DC Universe. Unsurprisingly, the first is set to star the one and only Batman and will be premiering exclusively on Spotify next month.

Titled Batman Unburied, the unmissable podcast has a lot of pedigree behind it. Not least that it comes from the mind of The Dark Knight screenwriter David S. Goyer, who created and executive produced. Goyer is joined in the writing team by the likes of Eric Carrasco (Supergirl), Saladin Ahmed (Foundation), Rebecca Klingel (The Haunting of Hill House), and Graham Westerson (Stranger Things), with Alex Kemp directing.

The big hook of the podcast, though, apart from its legendary title character, is the stellar ensemble voice cast that WB and Spotify have assembled. Ahead of Batman Unburied launching in May, here’s everyone set to appear in the series as well as who they’ll be playing.

Ahead of his return to the MCU in this fall’s Black Panther: Wakanda Forever, Avengers: Infinity War star Winston Duke will lead Unburied in the title role as Batman. This makes Duke the first African-American actor to play the Caped Crusader in an official DC production.

According to the synopsis, Duke’s Bruce Wayne won’t be a billionaire playboy but a forensic scientist working in Gotham Hospital who’s on the hunt for a serial killer known as the Harvester (more on them later).

Hasan Minhaj as the Riddler

Fresh off Paul Dano bringing the Riddler to terrifying new life in The Batman, fans will be introduced to another incarnation of the Prince of Puzzles in Batman Unchained.

Comedian and actor Hasan Minhaj will be taking on the role of Edward Nygma, which is a left-field casting choice considering that The Daily Show veteran isn’t known for his dramatic or darker roles. We’re intrigued to see what he does with the iconic villain.

Where would Batman be without his loyal butler, Alfred Pennyworth? Just as every movie Bruce Wayne has been accompanied by an Alfred, so too will Duke’s incarnation of the hero.

In this case, Jason Isaacs is taking on the role of the British butler. Isaacs is, of course, best known as Lucius Malfoy in the Harry Potter films, though you may also have seen him in Star Trek: Discovery or heard his voice in Avatar: The Last Airbender and Star Wars Rebels.

At least one of Bruce’s squad of superheroic sidekicks will appear in Unburied — namely, Barbara Gordon. Barbara is famous as both Batgirl and Oracle, but it’s unclear which — if either — of her alter egos the character will go by in the podcast.

Jane the Virgin veteran Gina Rodriguez will be playing the legendary heroine in the series. Outside of her portrayal of the title character in the aforementioned CW dramedy, Rodriguez is also known for starring in Netflix’s Carmen Sandiego cartoon and voicing Velma in SCOOB!

Bruce’s ill-fated father, Thomas Wayne, will feature in Unburied in some capacity. Given the changes made to Bruce’s occupation and standing in Gotham City, it should be interesting to discover how the series depicts Thomas.

Thomas has been played in the movies by the likes of Jeffrey Dean Morgan, Linus Roache, and Brett Cullen, but for Unburied he’ll be voiced by Lance Reddick (Bosch). Reddick will soon be seen in Netflix’s upcoming Resident Evil TV series.

Alongside Thomas, Bruce’s mercilessly murdered mother Martha will likewise appear in the podcast. While the character has previously been portrayed by Lauren Cohan, Sara Stewart, and Carrie Louise Putrello, Martha will be brought to life by Toks Olagundoye (Castle) in Batman Unchained.

Sam Witwer as the Harvester

Though best known for his many Star Wars roles, including Darth Maul in The Clone Wars, Sam Witwer is also an underrated DC icon thanks to his turns as Doomsday on Smallville and Agent Liberty on Supergirl. He’s playing yet another villain in Unburied, as Witwer will be voicing the Harvester, an original foe created for the podcast.

Gotham P.D. detective Renee Montoya — played by Rosie Perez in Birds of Prey — will turn up in Unburied, with Jessica Marie Garcia taking on the character. Garcia is known for her roles in the likes of Liv and Maddie, How to Get Away with Murder, and Diary of a Future President (which also starred Rodriguez).

Vicki Vale is most famous for being the female lead of 1989’s Batman, as played by Kim Basinger, but a different interpretation of the intrepid photo-journalist will appear in this series. She’ll be brought to life by prolific video game voice actress Ashly Burch (Borderlands, Life is Strange, Fallout 4).

John Rhys-Davies has the honor of featuring in two of the most beloved movie franchises of all time thanks to his turns as Sallah in the Indiana Jones films and Gimli in The Lord of the Rings trilogy. In Unburied, he’ll board the DC Universe in the original role of Dr. Hunter.

After the Harvester and Dr. Hunter, the third original character confirmed to feature in Unchained is Kell, who will be voiced by Emmy Raver-Lampman. On top of her many acclaimed performances on Broadway, Raver-Lampman is recognizable as Allison Hargreeves in The Umbrella Academy.

Last but not least, Jim Pirri will play Arnold Flass. Typically depicted as the corrupt cop partner of Jim Gordon, Flass was previously played by Mark Boone Jr. in Batman Begins. Piri is known for his many guest spots on such shows as Lois & Clark, Batwoman, and Bones.

Batman Unburied debuts on Spotify this May 3.