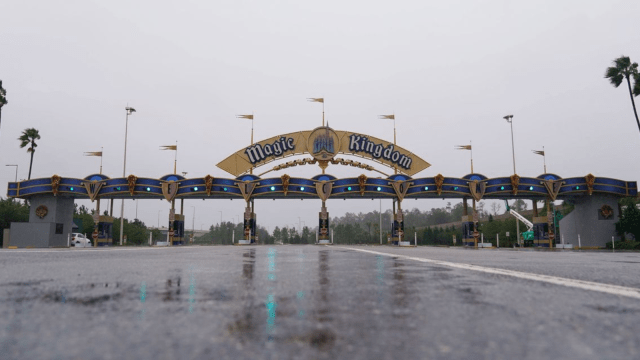 Hurricane Ian started making headlines as it rounded Cuba earlier in the week. Coming right toward Florida, most Floridians knew what to do because it’s Hurricane Season and the veterans have been through it before. But what has many observers from outside the state wondering is if Disney World suffered any damage.

Disney World stood right in its path as Hurricane Ian made its way up Florida. Ticket holders might be wondering if they’re even going to have a Disney World to go to when they go down on vacation. Nostalgics might be curious because they have fond memories tied to the amusement park. Neither need to worry because the park is already opening. They have a schedule to reopen in phases and the plan has already been put into action.

What damage did Hurricane Ian do?

When Hurricane Ian hit landfall, it was at a Category 4. Fort Myers was hit pretty hard. Boats were tossed around like ragged dolls and even planes that were tied down at airports were flipped on their wings. Not to mention all the houses that were crushed and blown away by the wind. Fort Myers has been completely devastated and rescue workers as well as volunteers are doing everything they can for those who are in need.

According to The Weather Channel, the death toll has risen to 21 victims. Although officials say that most of those deaths have not yet been determined whether or not they were related to the hurricane. But one dreaded concern is how high the number will get before Hurricane Ian is finally finished.

Where is Hurricane Ian headed?

As of now, it’s on its way to South Carolina after picking up speed over the Atlantic Ocean. It was a wavy curve that brought the storm around the western end of Cuba, turned back to head to Fort Myers, traveled northeast over Florida through Orlando, kept going into the ocean, and now it’s turning back to land. As it was cutting across Florida, it degraded to a Category 1. But now it’s picking up again.

To the original question, Walt Disney stood strong because the hurricane had drastically degraded by the time it went through the Orlando area. If this pattern continues, residents of South Carolina have hope that the damage could be minimal. That would be ideal but always be prepared.