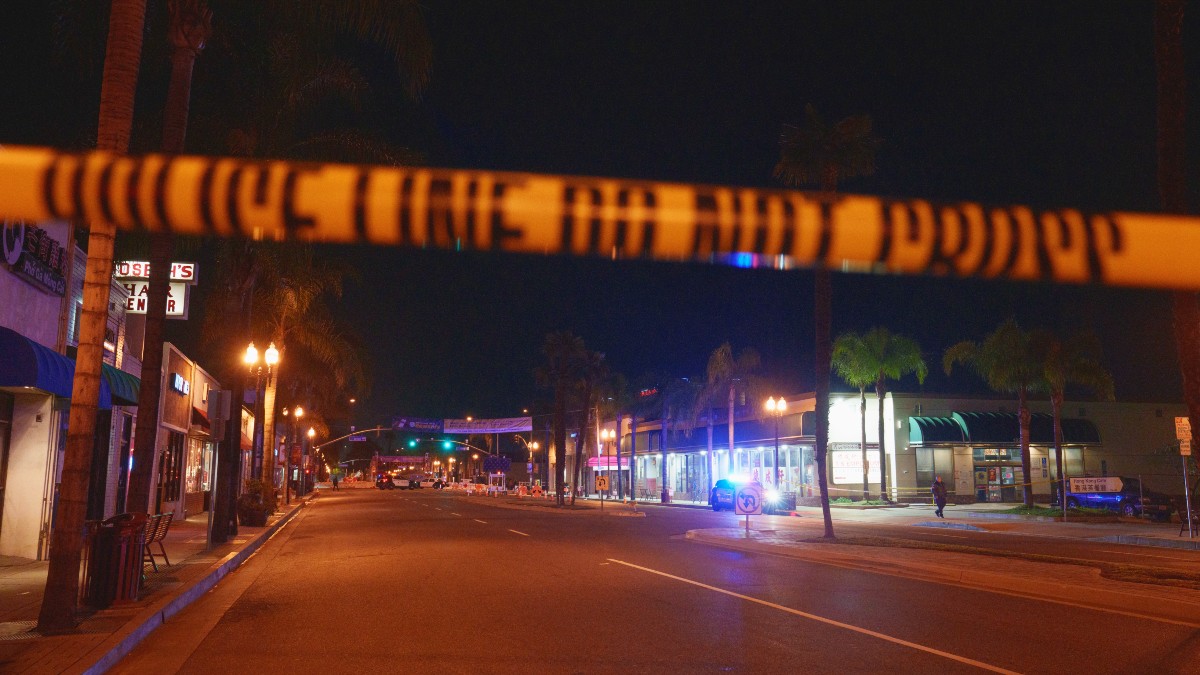 On Saturday night, a gunman entered what witnesses have identified as the Star Ballroom Dance Studio in Monterey Park, California, and opened fire, killing 10 people and injuring at least 10 more. While the suspect is still at large, photos of him have been released by the Los Angeles County Sheriff’s Department.

It happened on the eve of the Lunar New Year celebration, which begins today. There were many who were concerned that the mass shooting could be a hate crime. However, those concerns were laid to rest as the Sheriff’s Department identifies the Monterey Park mass shooter as an adult Asian male who is to be “considered armed and dangerous.”

CNN reported that the police were involved in a standoff earlier today with who they believe might be the suspect. The standoff took place in Torrance, California, which is only located about 30 miles away from the scene of the mass shooting. Companies in the area were told to lockdown as police vehicles had a white cargo van surrounded, which was a vehicle of interest in the ongoing investigation.

They later reported that the man in the van may have shot himself. When officers ordered the suspect to exit the vehicle, they heard a gunshot, which sounded to them like he had indeed taken his own life. They continued to approach the vehicle with caution just in case. It is unknown at this point if the man in the vehicle is in fact the suspect or connected to the mass shooting in any way.

Currently, it appears the Sheriff knows the suspect’s name but won’t release it at this time. When asked in the news conference why he refuses to release the name, Sheriff Robert Luna answered, “It is a priority to apprehend this person. And we have a lot of resources throughout this entire region, and we believe if we are putting his name out, that will inhibit our ability to potentially arrest the suspect if he’s out there — or maybe flee.”