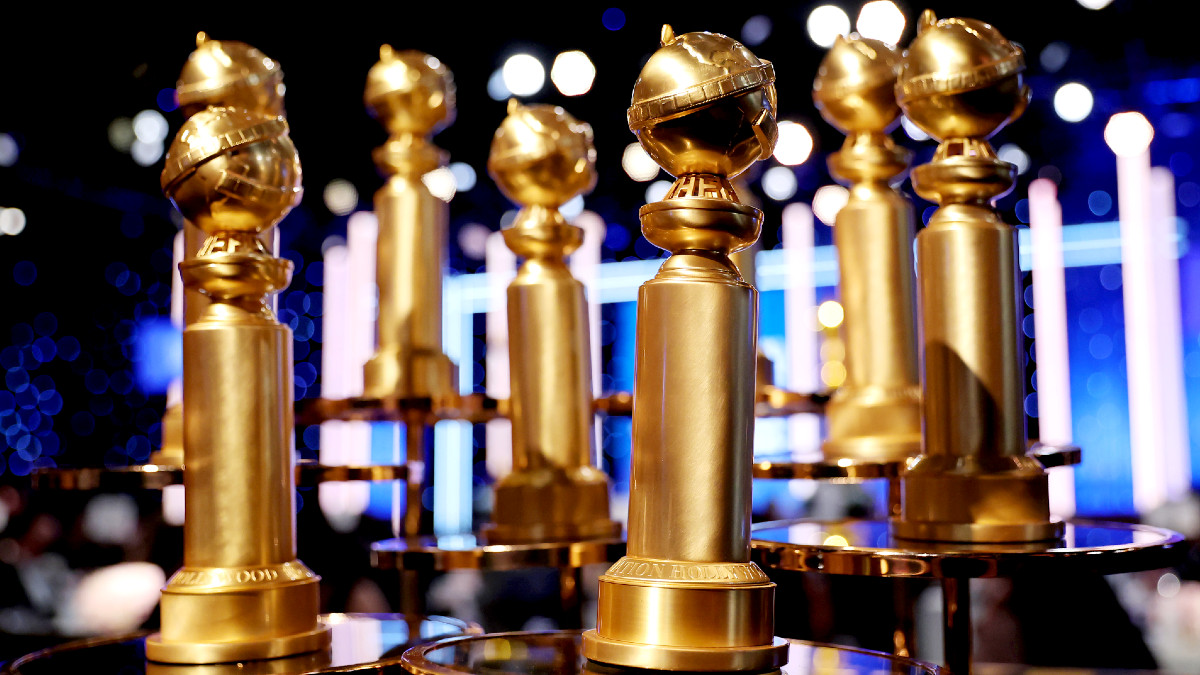 The Globes are back, baby! After forgoing a televised ceremony in 2021, the 80th Golden Globe Awards will be held on January 10, 2023, at the Beverly Hilton in Beverly Hills and will be broadcast live on NBC and streamable on Peacock. The annual awards show will honor the best in film and television of 2022, as selected by the Hollywood Foreign Press Association.

Unlike the comparatively more prestigious Academy Awards and Emmys, the Golden Globes tend to be more of a wild card as far as awards ceremonies go, and this year has more than a few underdogs who could potentially walk away with the statuette in their respective categories.

Likewise, Everything Everywhere All At Once is nominated in quite a few categories and could very well walk away the big winner of the night. Check out our predictions below, and tune in on Tuesday the 10th to find out who the big winners are.

There are some powerful (and let’s just say, higher quality) dark horses this year, but this category will probably come down to the two sequels on our list, and we predict The Hollywood Foreign Press will go starry-eyed for James Cameron yet again and make Avatar: The Way of Water win by a nose over Maverick.

Who we think will win: Avatar: The Way of Water

Nominees: Babylon (Paramount Pictures), The Banshees of Inisherin (Searchlight Pictures), Everything Everywhere All at Once (A24), Glass Onion: A Knives Out Mystery (Netflix), Triangle of Sadness (Neon).

There’s not really a solid money-maker in this category, but the sentimental favorite is Everything Everywhere All at Once with its perfect blend of box office success (for an indie), positive critical response, and just the right touch of lovable underdog energy. Any other winner will be a real surprise.

Who we think will win: Everything Everywhere All at Once

Nominees: James Cameron (Avatar: The Way of Water), Daniel Kwan, Daniel Scheinert (Everything Everywhere All at Once), Baz Luhrmann (Elvis), Martin McDonagh (The Banshees of Inisherin), Steven Spielberg (The Fabelmans).

Spielberg has the odds here, but he also has a shelf full of Globes already. We’re going to go just slightly out on a limb here and say that the Hollywood Foreign Press is going to highlight its return to the airwaves with a win for Kwan, representing the directorial Daniel duo for Everything Everywhere All at Once.

Who we think will win: Daniel Kwan

While there’s certainly no shortage of literary talent this year, award-winning playwright Martin McDonagh will most likely pick up a well-deserved award for his acclaimed Banshees of Inisherin.

Who we think will win: Martin McDonagh

Best Performance by an Actor in a Motion Picture, Drama

Brendan Fraser’s renaissance performance in The Whale is what everybody is rooting for, but given his completely justified disgust for the Hollywood Foreign Press and the Globes, it’s all but impossible that Butler doesn’t pull the globe for his kingly performance.

Who we think will win: Austin Butler

Best Performance by an Actress in a Motion Picture, Drama

Blanchett’s performance is one of the most talked about this year and is hands down the favorite. If anyone pulls a surprise win this year, it’s likely to be Williams, but the even money is on Blanchett’s tour de force in Tár.

Who we think will win: Cate Blanchett

Best Performance by an Actress in a Motion Picture, Musical or Comedy

Yeoh is a lead pipe cinch in this category. She’s paid her dues nearly 10 times over and her role as the lead in Everything Everywhere All at Once has not only redefined her career, but swept the awards up nationally and globally. Nobody else is bringing bigger guns to this category.

Who we think will win: Michelle Yeoh

Best Performance by an Actor in a Motion Picture, Musical or Comedy

Craig and Fiennes in particular turned in stellar work in their respective entries this year, but nobody brought the game that Farrell did in Banshees. He’s been steadily upping his game for years now and this year’s performance defines him as one of the best talents in the industry.

Who we think will win: Colin Farrell

From the moment it was revealed that Quan had finally returned to the screen, he was a hands-down favorite to win all the things, and indeed, he’s been warming hearts for all of awards season. He’s up against stiff competition here, but it’s likely that the Globe will go to him based on the groundswell of support for his game-changing supporting role.

Who we think will win: Ke Huy Quan

This is practically an “all bets are off” category, but it will probably come down to Condon’s breakout performance or to Curtis’ absolutely no-effs-given role in Everything. We’re putting our eggs in Jamie Lee’s basket.

Who we think will win: Jamie Lee Curtis

This will almost certainly come down to a toe-to-toe challenge between RRR and Decision to Leave. RRR would be a breakthrough for South Asian movies at the Globes, but given the Hollywood Foreign Press’ (poor) track record on such matters, we predict that Park Chan-wook’s moody neo-noir will take the honors.

Who we think will win: Decision to Leave

Del Toro’s Pinocchio will almost certainly grab the globe with its blend of gravitas, stop-motion practicality, and Del Toro’s clout.

Who we think will win: Pinocchio

This category will almost certainly come down to Severance — one of the buzziest shows of 2022 — and Better Call Saul, AMC’s first-time nominated prestige series, which just ended its six-season run. It’s possible that Ozark could clinch a surprise win, but when faced between a stalwart drama and a shiny new thing, it seems likely the HFPA will go with the latter.

Who we think will win: Severance

This is also a tough one. Will the Globes go with Hacks for a second year in a row, safe picks in either Abbott Elementary or Only Murders in the Building, or with newcomer series Wednesday or The Bear? While The Bear is certainly deserving, we have a feeling that Quinta Brunson’s beloved ABC sitcom about a group of scrappy and resourceful Philadelphia public school teachers will take home the prize.

Who we think will win: Abbott Elementary

Best Performance by an Actor in a Television Series, Drama

It seems very likely that this category will come down to Bob Odenkirk in Better Call Saul or Adam Scott in Severance, though we could also see Diego Luna clinch a surprise win for Andor. But it would be nice to see Odenkirk win after his fifth nomination for Better Call Saul — particularly given his utterly heartbreaking performance in the final season.

Who we think will win: Bob Odenkirk

Best Performance by an Actress in a Television Series, Drama

HBO’s Game of Thrones prequel hasn’t managed to achieve the same level of pop culture zeitgeist as the original; however, we can’t count out Emma D’Arcy for her intense, brooding role of Rhaenyra Targaryen as she leads her family’s house into a civil war. Will it be enough to outshine Zendaya in Euphoria, or will the HFPA follow the lead Emmy voters? It’s tough to say.

Who we think will win: Emma D’Arcy

Best Actress in a TV Series, Musical or Comedy

In addition to winning Best Musical or Comedy, Jean Smart likewise took home a win for Hacks in 2022. And while she continued to kill it as the brash aging comic Deborah Vance in season two, it would be nice to see a newcomer win in this category — particularly with three women of color to choose from.

Who we think will win: Jenna Ortega

Best Actor in a TV Series, Musical or Comedy

Now this is a really tough one. On one hand, you’ve got comedy legends Steve Martin and Martin Short. And on the other, there’s Donald Glover, Bill Hader, and Jeremy Allen White, who all gave extremely nuanced dramatic comedy performances. Honestly, you could throw a dart and any of them would be deserving. Will Glover win his third Globe for the fourth and final season of Atlanta, or will Hader win for the first time on his third nomination for Barry? Or will the HFPA pull a real wild card and give it to White?

Who we think will win: Jeremy Allen White

John Turturro was passed over for an Emmy for his outstanding performance in Severance, but perhaps the HFPA will get things right. He also faces stiff competition from Henry Winkler, who was likewise nominated for an Emmy last year. (Both lost to Brett Goldstein for Ted Lasso.) Likewise, both actors gave phenomenal performances in their respective roles, but we feel certain Turturro has got this.

Who we think will win: John Turturro

It seems a little bit unfair to lump comedy and drama together for the best supporting roles, with previous Emmy winners Julia Garner and Sheryl Lee Ralph now going head to head. But it would be cool to see Janelle James get recognized for her side-splitting portrayal as principal Ava Coleman in Abbott Elementary, so we’re just going to put our dreams out into the world.

Who we think will win: Janelle James

Best Limited Series, Anthology Series or a Motion Picture Made for Television

Monster: The Jeffrey Dahmer Story may currently stand as Netflix’s second most-viewed English series of all time, but does it deserve to win a Golden Globe? Readers, we think not. Any of the other series nominated in this category would be more deserving — even Hulu’s fun and mostly unserious Pam & Tommy — but The White Lotus will most likely repeat Emmys history to clinch the win.

Who we think will win: The White Lotus

Best Performance by an Actor, Limited Series, Anthology Series or Motion Picture Made for Television

This one will probably also come down to the true crime trifecta of Taron Egerton, Colin Firth, and Andrew Garfield — although all five nominees technically fall under the same genre. Does Egerton have another win in him after 2020’s Rocketman? That remains to be seen, but we have a gut feeling.

Who we think will win: Taron Egerton

Best Performance by an Actress, Limited Series, Anthology Series or a Motion Picture Made for Television

Can Julia Roberts in the Starz political thriller Gaslit beat out Amanda Seyfried’s gravely-voiced portrayal of Elizabeth Holmes in Hulu’s The Dropout? It’s going to be a tight race, but we think Seyfriend has the advantage here — given that her performance was so fantastic that she literally caused Jennifer Lawrence to abandon her dueling Apple TV film.

Who we think will win: Amanda Seyfried

Best Performance by an Actress in Supporting Role, Limited Series, Anthology Series or a Motion Picture Made for Television

Fans of HBO’s The White Lotus will most certainly be rooting for Jennifer Coolidge and Aubrey Plaza, who are both nominated for the second season of Mike White’s HBO anthology series. And yes, Coolidge’s instantly iconic line of “These gays! They’re trying to murder me!” will not be leaving the pop culture lexicon anytime soon. However, it would be presumptuous to overlook Danes, who gave a raw, heartwrenching performance in the pivotal, penultimate episode of FX’s fantastic Fleishman Is in Trouble, as a woman in the midst of a nervous breakdown.

Who we think will win: Claire Danes

Best Performance by an Actor in Supporting Role, Limited Series, Anthology Series or a Motion Picture Made for Television

It’s a tough call between Domhnall Gleeson and Paul Walter Hauser, both of whom gave dark, terrifying performances as serial killers in their respective series. We think Hauser has just enough of an edge on Gleeson, though.

Who we think will win: Paul Walter Hauser