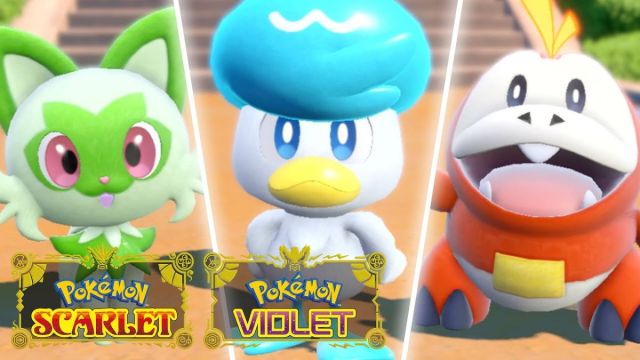 Pokémon Scarlet and Violet is finally out for everyone to access through their Switch but amid all the performance issues, trainers were left feeling disappointed. The first open-world Pokémon RPG in the game series is introduced through Scarlet and Violet, and in spite of its innovative controls, most trainers, new or old-school, only want one thing: shiny starters.

The demand for shiny starters has been steadily increasing in the Paldea region following the game’s release. In previous games, players would have an extremely small chance of getting a shiny starter if they kept resetting their games. For this reason and in hopes of obtaining their shiny starter, fans have ignored all the bugs and faulty camera movements, for the time being, patiently waiting for their favorite starters. For this reason, trainers have been continuously wondering whether they will continue locked for the new game or not. But worry not, we have brought you the answers to all of your questions.

You may be disappointed to know that no, your starters cannot be shiny. The gameplay has confirmed that the starters in the game can’t be shiny, and for this reason, if your starter holds a particularly significant role in your life, you may have to accept that it cannot be shiny. In spite of this being a common — albeit rare — occurrence in past Pokémon games since Sword and Shield, the newest installments seem to have taken on a different route, including the widely successful Pokémon Legends Arceus.

In late-game, however, you may get a shiny variant of a starter through breeding, but that is an extremely rare happening, only occurring if you are extremely lucky. Unlike previous games, there is no way of restarting your game screen until a shiny starter appears. So, if a shiny starter is something you really want down the line, you either get it through being patient and trying your luck, or you don’t.

However, not everything is bad news. As Pokémon Scarlet and Violet is an open-world game, shiny hunting has become easier than ever – in theory. Nintendo will also get events that may be good news for shiny hunter trainers, as some shinies may be included in the game in the long run.

So there you go – sadly, you can’t get a shiny starter, but there will be plenty of opportunities to find a shiny along your journey in Scarlet & Violet, and that may help you fill in the void left in your trainer’s heart.