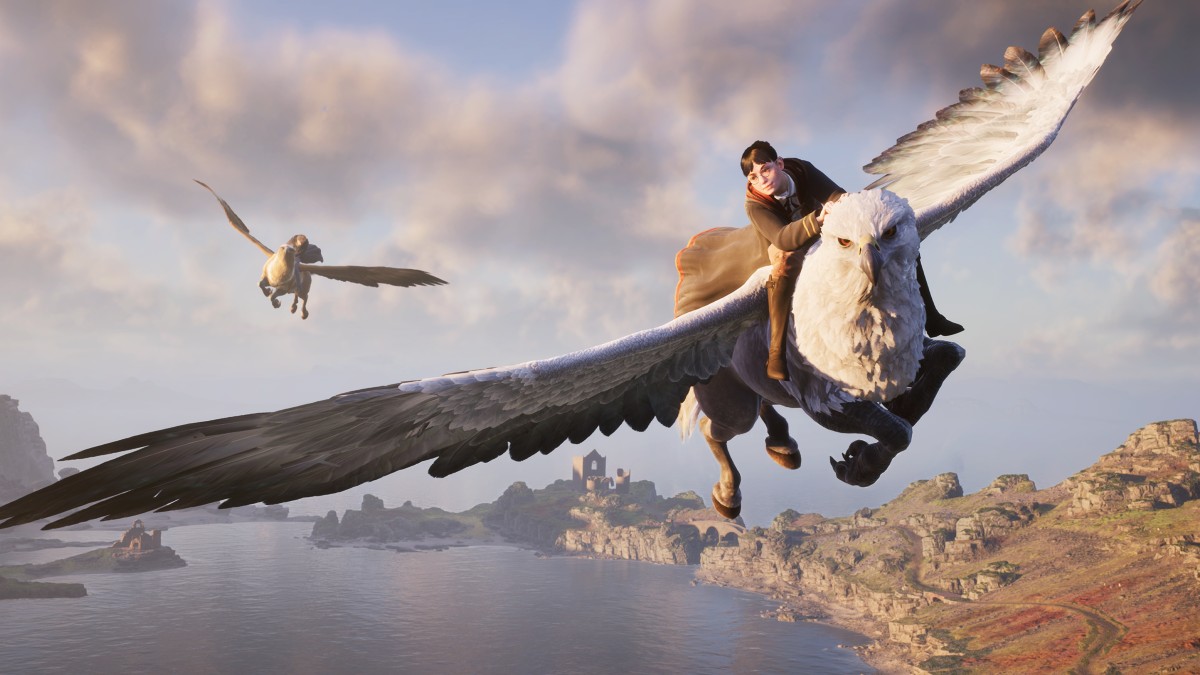 Let’s not beat around the bush — the Harry Potter franchise has been tainted by J.K. Rowling‘s problematic opinions about trans people, which have raised many eyebrows in recent years. In fact, mine are dangerously close to disappearing into my hairline as she continues her “tradition” with a fresh comment every few days.

While the decades-old adoration for the Boy Who Lived saved the books and films from getting a collective boycott, anything new in the Wizarding World is game for any and all vitriol that comes its way thanks to the author. That brings us to the giant squid in the room — is it possible to play Hogwarts Legacy without supporting Rowling?

In an FAQ for the game, Warner Bros. Games has stated that while it is inspired by the Wizarding World from Rowling’s Harry Potter books, it is not created by her.

“J.K. Rowling is not directly involved in the creation of the game, however, her extraordinary body of writing is the foundation of all projects in the Wizarding World. This is not a new story from J.K. Rowling.”

The game is not Rowling’s creation. She has contributed nothing new to its conception, nor aided its developers with fresh ideas. It was created by Avalanche and Portkey Games and consists of original elements, like giving players the chance to visit Hogwarts in the 1800s ⏤ long before the events of the books unfold ⏤ and allowing them to cook up their own scenarios and custom characters. That said, it’s still an extension of Rowling’s universe, and as such, she will receive of a major chunk of the royalties. The Wizarding World remains her intellectual properly ⏤ a fact former fans are understandably not okay with ⏤ and her harmful crusade has functioned like a Dementor sucking the soul out of the major hype that could have preceded the game had Rowling kept her transphobic and anti-Semitic comments to herself.

While there are former Rowling fans who have expressed that they will never play Hogwarts Legacy, there are also those who are looking forward to it, with a set of arguments to support their excitement. But can anything contradict the fact that Rowling’s opinions have gone beyond the bounds of social media to impact actual lives, even putting them in potential danger? Back in 2020, a senator blocked voting on an LGBTQ+ rights bill and argued against extending anti-discrimination protections for LGBTQ+ people while quoting Rowling’s words from her blog post ⏤ which many have called the “transphobic manifesto” ⏤ to back his stance on the subject.

Rowling’s own Harry Potter franchise has been impacted by her increasingly toxic transphobic thought train. Pottermore, the worldwide digital publisher of Rowling’s Wizarding World, has suffered a 40% drop in profits from last year, wherein profits went from about $11 million to $6.8 million and revenues dipped from $48.3 million in 2021 to $45.2 million.

So what are gamers to do?

It’s easy to understand the choice not to play the game, contribute to its hype, and in turn, add to Rowling’s massive earnings, especially when she has made it clear that she is not bothered by losing fans due to her anti-trans comments. She is filthy rich (courtesy of all the royalty checks she continues cashing as the Harry Potter franchise lives on) and the massive backlash in response to her problematic opinions has done nothing to deter her.

It certainly doesn’t shine a positive light on the author that her recent works have been more openly echoing her thoughts. While the Harry Potter books have been accused of queerbaiting for teasing the possibility of queer characters (Nymphadora Tonks, for example), Rowling’s recent mystery series ⏤ which she pens under the name Robert Galbraith ⏤ seems to have shrugged off that last layer of subtlety as well.

Troubled Blood has faced hefty criticism for allegedly portraying trans people as villains, basically advising its readers to never trust a man in a dress. (Its plot sees a male serial killer donning women’s clothing to commit murders.) Even though Rowling’s perception of what an individual’s identity means isn’t as diverse, her fanbase certainly is, given that she influenced millions of childhoods with her Harry Potter books. One can’t even begin to imagine the magnitude of the damage her words have caused and will continue to cause.

Bearing all this in mind, deciding not to purchase and play a game that is, even if indirectly, taking a leaf out of her imagination and adding another string of royalty checks to her wallet, isn’t exactly a complicated decision to make.

Still, many are ready to play Hogwarts Legacy once it’s released, as they have separated the controversy and toxicity surrounding Rowling and her franchise by no longer associating her with the world of Harry Potter. For these fans, the world Rowling created has grown and expanded well beyond her own imagination, thus she does not deserve full credit for where the universe is today. In their view, it’s thriving not because of her, but because of the imaginative minds that fell in love with the world and chose to expand it beyond the author’s fictional boundaries.

It is to these fans that I present a quote, not from the books, but from a beautiful Harry Potter fanfiction I read years ago:

“But you must remember that in this life, no matter how much we wish to, in the end, we cannot truly change the world; nor can we truly change other people. We can change only ourselves.”

We can’t force people to change their views. What we can do is make our own choices. And for those who feel they absolutely cannot ignore this latest addition to a beloved franchise, they can still choose to mitigate J.K. Rowling’s negative impact by buying the game secondhand and not hyping it up on social media, where it could hurt those they care about and show indirect support for Rowling’s thoughts and ideas.

We Got This Covered fully supports the trans community and in no way endorses J. K. Rowling or her agenda.