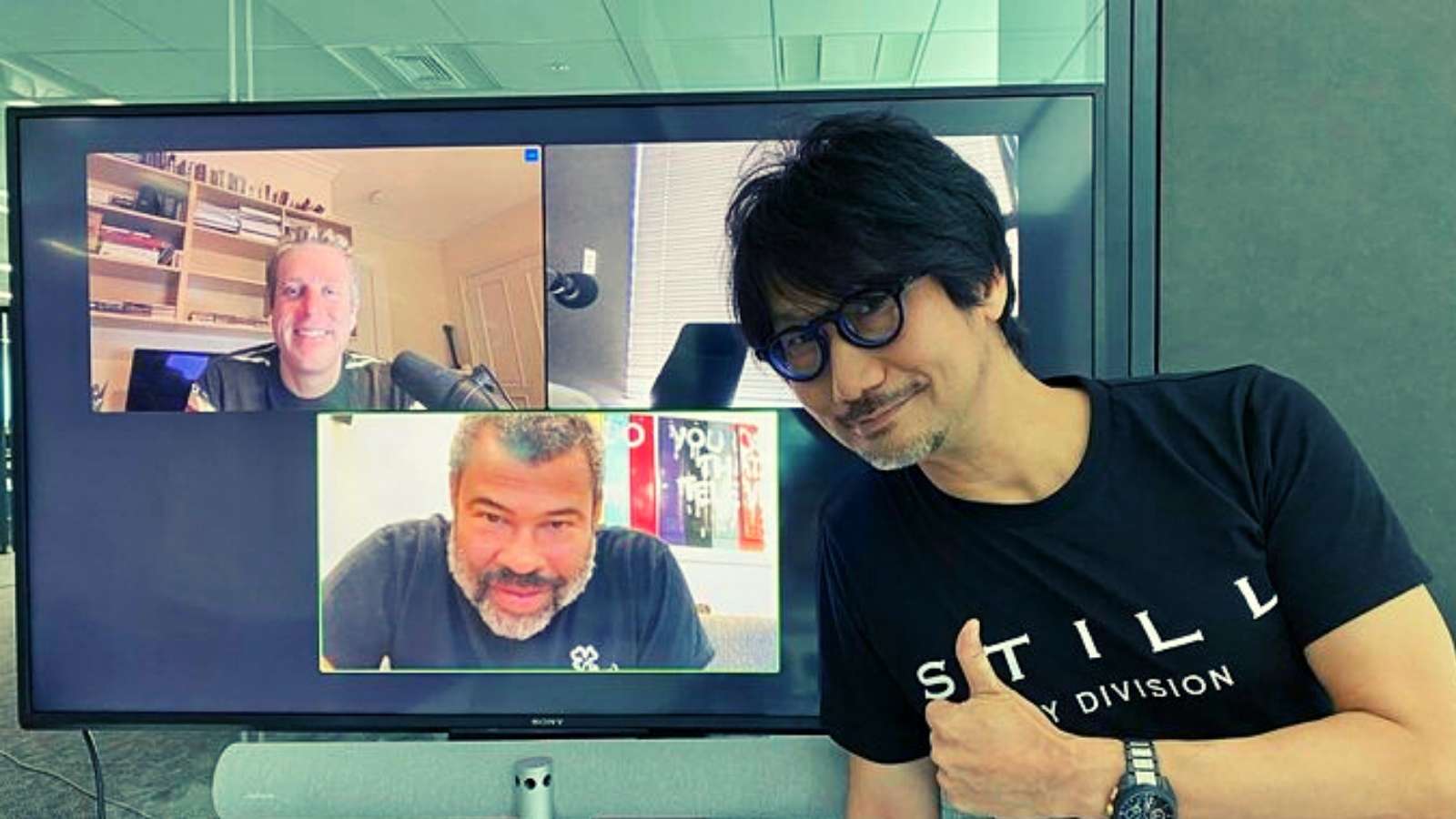 When two titans of industry collide, the world tends to sit up and take notice. Metal Gear Solid and Death Stranding creator Hideo Kojima tweeted a picture of himself in a Zoom meeting with comic turned acclaimed filmmaker Jordan Peele, known for his work on Get Out, Us, and Nope.

No further details around the meeting were shared by either party, but considering both Kojima and Peele know a thing or two about dabbling in the horror genre, one can speculate there is some sort of potential collaboration on a game or movie on the cards.

Kojima was famously ousted by former publisher Konami while in the midst of working on Silent Hills, a new title in the beloved survival horror series. One relic of the game that never saw the light of day remains in the form of P.T., a taste test and ingenious announcement vessel for the game which only exists on the consoles of fortunate PS4 owners who never deleted it.

To this day, P.T. is celebrated as one of the best horror games of all-time, despite its short run time and purpose as a teaser. The Walking Dead star Norman Reedus was to be the lead of Silent Hills, however he went on to be the main character in Death Stranding.

Peele, meanwhile, made his directorial debut with 2017’s Get Out starring Daniel Kaluuya as Chris Washington, who innocuously meets his girlfriend’s parents, only for matters to get extremely twisted. The film saw huge critical success, loved by both critics to the point of a 98 percent score on Rotten Tomatoes and awards season glory.

Peele would go on to direct Us in 2019 as well as this year’s Nope, both of which were resounding successes in the eyes of critics.

Combining Peele’s and Kojima’s resumes, fans can hopefully expect some form of masterclass in horror media to come out of this pairing. Or they were simply picking each other’s brains. Either way, it’s fun to imagine what the two minds could come up with.

In our review, we said the themes in Death Stranding Director’s Cut have never been more relevant, praising its gorgeous visuals and new haptics. We praised Nope just as highly, especially Peele’s innate ability to mix and match cinema elements in order to create a heart-racing nightmare.