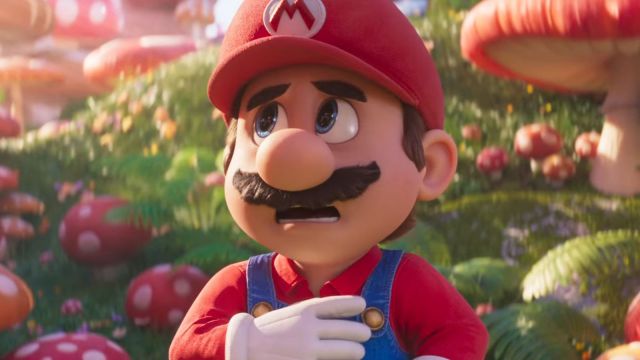 It’s another all-rounder today as news is seeping in from all corners of the gaming industry. Dave Bautista has commented on Netflix’s new collaboration with The Coalition for a Gears of War film, the next The Last of Us game might be free to play, and Mario graces Twitter to give users a rude sign.

Read about all of this and more in our latest gaming news roundup.

Dave Bautista pushes Netflix to cast him in Gears of War

After Netflix announced that they would be partnering with The Coalition to bring a Gears of War film to life, there was one name that fans (and the creator of the franchise) could not keep out of their mouths, and that name was Dave Bautista. He has tweeted a video of how he might look in the upcoming film, claiming that he “can’t make this any easier”. Of course, the actor is probably best known for playing Drax in the Marvel Cinematic Universe.

The popular former professional wrestler and actor played Marcus Fenix in Gears 5 downloadable content. The actor bares a striking resemblance to the character, who was the primary protagonist for the first few games in the Gears of War series. Bautista already has a relationship with the streaming service as he is starring in the upcoming Glass Onion: A Knives Out Mystery, so it is likely that he will be a shoo-in for the role if they choose to make Fenix one of the characters in the upcoming film, which they should.

The new Pokémon games, Pokémon Scarlet and Pokémon Violet are set to release next week on Nov. 18, 2022, and the leaks have been pouring in. We will not be specific or show any of the leaks here, but as we have reported previously make sure you mute all of your social media channels if you do not want to know anything about the upcoming Nintendo Switch games. There are quite a lot of leaks out there at the moment, as a substantial amount of the game has leaked. Earlier in the week, we mentioned that the evolutions of the three starter Pokémon Sprigatito, Fuecoco, and Quaxly had leaked, but with over 10 hours of gameplay out there, it’s open season for Pokémon fans.

Mario is giving people the middle finger on Twitter

In what we have deemed the funniest story of the day, popular Nintendo mascot Mario was giving Twitter users the middle finger, and no we are not talking about Chris Pratt. In the wake of Twitter becoming pay-to-win, with Elon Musk making instant verification available for users who pay $8 a month, a number of imposter Twitter accounts have popped up with the blue checkmark, with many of them pretending to be popular gaming accounts.

One user pretending to be Nintendo @nlntendoofus shared an image of Mario with his middle finger raised, looking quite content. Another user pretended to be Valve Corporation and they announced a new game, not that it was Portal 3 as that would have been too obvious of a fake and given them away too easily. So be on the lookout for these fake accounts when you are browsing Twitter and don’t be too offended if a fictional character gives you the middle finger.

The Last of Us multiplayer game might be free to play

First reported by Insider Gaming, Fortnite’s Senior Systems Designer, Anders Howard, has gone to work with Naughty Dog, as their Principal Monetization Designer. While this position could be for a single-player game it seems more likely that monetization would be implemented in a multiplayer title. This could point to the title being a free-to-play game as free-to-play games usually turn to other avenues to make money. If the game is free-to-play it would give fans of the upcoming HBO, The Last of Us, a cheap way to get into the series. But nowadays there are plenty of games that have some other type of monetization even if the game is not free. So we will have to wait and see.

Get ready to cast your votes in The Game Awards

After a year of tremendous games, The Game Awards are coming up quickly, streaming live on Dec. 8, 2022. Today the Twitter account for gaming’s biggest night shared that the nominations for The Game Awards will be streaming on Monday. Of course, there are many games that could be up for awards this year, with God of War Ragnarök, Elden Ring, Horizon Forbidden West, Stray, Sifu, Cult of the Lamb, Sonic Frontiers, Rogue Legacy 2, The Last of Us: Part 1, Return to Monkey Island and three separate Pokémon games including the two set to release next week and Pokémon Legends: Arceus all releasing this year. Alongside the nominations for The Game Awards, fan voting will also open on Monday, so be sure to check in on the stream and vote for the games you loved this year.

Hogwarts Legacy is getting a showcase today

Ready your wands and gather your broomsticks as Hogwarts Legacy, the upcoming game set in the Wizarding World of Harry Potter will be featured in a showcase today. At 10 am PT the video will premiere on YouTube and stream on Twitch. While we have had glimpses of the game before, this will be a major look at the gameplay of Hogwarts Legacy. Of course, there will not be many more times for WB Games to promote the game before it releases on PlayStation 5, PlayStation 4, Xbox Series X, Xbox Series S, Xbox One, Nintendo Switch, and PC on Feb. 10, 2023.

And that is about it for the gaming news today, be sure to check back with us tomorrow for our latest gaming news roundup.