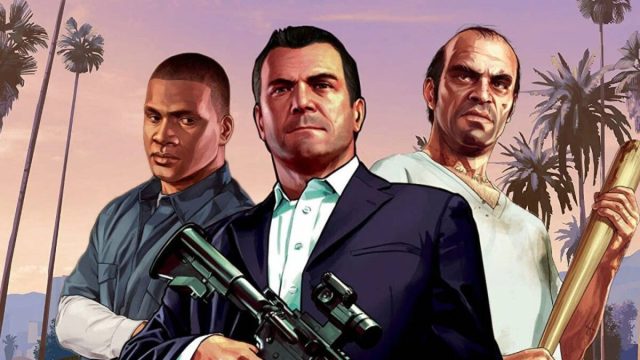 In today’s gaming news roundup, popular rapper Eminem was turned down for a role in a Grand Theft Auto movie, the Grammy Awards have announced a new gaming award, PlayStation VR2 is now available to pre-order, and Xbox is banning a plethora of accounts after recognizing them as bots.

Check out these stories and more in today’s gaming news roundup.

Sony has officially announced that pre-orders have opened for PlayStation VR2, set for release on Feb. 22, 2023. Alongside the preorder information and the short trailer, which you can watch above, the company’s Shawne Benson also wrote up a blog post which you can read here.

In the blog post, Benson showcased 11 different titles coming to PlayStation VR2, some of which are upgraded versions of games that were already available on the original PlayStation VR. These might be available for free depending on the game if you owned it on PlayStation VR. The games they highlighted for a 2023 release were:

Be sure to check out the full blog post for all the details. You can now pre-order PlayStation VR2 from retailers and online stores depending on your region.

There is now a gaming Grammy Award

Interestingly enough, Olivier Deriviere, Tsukasa Saitoh, Two Feathers, and Yasunori Mitsuda were not nominated for A Plague Tale: Requiem, Elden Ring, Metal: Hellsinger, and Xenoblade Chronicles 3 respectively, despite nominations for the Best Score and Music Award in The Game Awards. Bear McCreary is nominated for this award, but it wasn’t for Call of Duty: Vanguard — it was for God of War Ragnarök. It will be interesting to see whether any of those scores will be nominated next year, as it seems some were excluded for not releasing within the nomination time frame.

Xbox is banning millions of accounts

Xbox has released its first transparency report and the data has revealed how they approach violations of its Community Standards. The company’s revealed that in the first six months of 2022 it has banned a total of 4.3 million of what they have deemed to be inactive or cheating accounts. The company has also banned around three million people for hate speech, harassment, bullying, adult sexual content, or profanity.

Interestingly, Xbox has gone through around 150 thousand appeals with people looking to have their accounts reinstated and only 9,000 of those suspensions have been successfully reinstated. Xbox said “reinstatements are issued when an error is uncovered or if the player deserves reconsideration specific to their enforcement,” so be warned that if you do something that gets you suspended the chances for your reinstatement are quite slim if not impossible.

The Game Award nominations have sparked an interesting debate

The nominations for The Game Awards have been announced as we mentioned yesterday, but one particular nomination has stirred conversation among fans regarding the definition of narrative in video games after Elden Ring was nominated for Best Narrative.

Of course, that was not the only nomination it received, with Elden Ring receiving the second-highest amount of nominations of any game. The debate around Elden Ring and narrative is concerning the fact that on the surface Elden Ring does not have much of a narrative as you go around the world and slay some bosses. But, as you do you discover more about the world and are able to dive into its deep lore, something that any Elden Ring fan will be able to tell you. You can read more about it here.

Grand Theft Auto could do better than Eminem

During the podcast ‘Bugzy Malone’s Greatest Game’ Kirk Ewing, who worked on the Rockstar Games-published game State of Emergency claimed that he was approached with a $5 million offer for the founders of Rockstar Games Sam and Dan Houser for the rights to a Grand Theft Auto film. Attached to the film were reportedly Top Gun and Man on Fire director Tony Scott and “Lose Yourself” rapper Eminem. The Housers declined the offer and a Grand Theft Auto film was never made. But it is not as if they need the money as Grand Theft Auto V was the entertainment property that managed to make $1 billion the quickest, making it in less than a week.

To promote and hype up gamers for the upcoming tactical role-playing game developed by Firaxis Games, Marvel’s Midnight Suns has been releasing a series of animated shorts featuring some of the main characters of the game. Hell On Wheels a prequel short focusing on Ghost Rider is the third animated short to be released on their YouTube channel, while last week’s short was focused on Scarlet Witch.

The shorts will set up how these characters get involved with the events of the game as they are prequels. Watch the Ghost Rider short above and go to their YouTube channel here to watch the two prior shorts. As for the game, Marvel’s Midnight Suns will be coming to PC, PlayStation 5, Xbox Series S, and Xbox Series X on Dec. 2, 2022, with PlayStation 4, Xbox One, and Nintendo Switch versions of the game launching at a later date.

Be sure to swing by tomorrow for the next gaming news roundup.