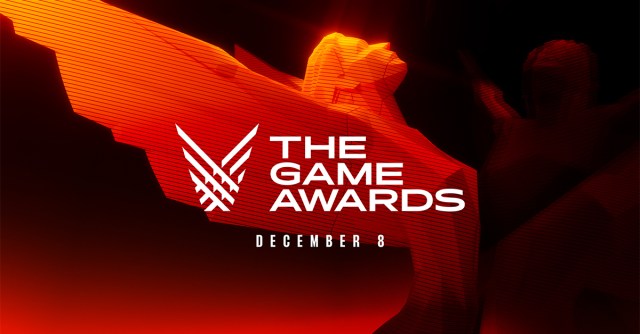 We’re at that time of year again when The Game Awards sweep through the industry and give out the most prestigious gaming trophy to the best and most deserving titles across different genres. 2022 was a year packed to the rafters with amazing games. From Hidetaka Miyazaki’s Elden Ring to Santa Monica’s God of War Ragnarok and even Naughty Dog’s remake of The Last of Us Part I, Geoff Keighley’s celebratory festival will be waylaid by a lot of powerful contenders.

Fortunately, we don’t have to wait long until we learn which games have made it to the list of nominees, as the powers that be are announcing them tomorrow. The show itself will be held on Dec. 8, which is still a while away, but at least you’ll go in with measured expectations

Check out some of the latest developments from the gaming sphere here.

Hogwarts Legacy is one of the most anticipated games on the horizon, and not just for bearing the Harry Potter name. This role-playing game is essentially being developed with the ambition of giving players the opportunity to live through some of their wildest Hogwarts fantasies as a burgeoning wizard. You can attend classes, learn spells, explore the open world setting, make friends, and progress through a non-linear narrative that takes many a semester to unfold.

Recently, the game developers released an extensive look at Hogwarts Legacy‘s gameplay features, and with it, confirmed the inclusion of multiple endings based on how you progress through the narrative. This is what game director Alan Tew revealed per PCGamesN: “Different interactions with different characters can also offer different choice points for the player, and then some of those things can affect things game-wide, some of these affect characters’ lives, the ending of the game.”

The Game Awards 2022 nominees will be announced tomorrow

Elden Ring, Horizon Forbidden West, Overwatch 2, God of War Ragnarok, and the Last of Us remake are but major names that revolutionized the gaming industry in 2022. As we prepare to cap off one of the most brilliant years in entertainment history, The Game Awards is here to eulogize some of the best creative talents in the world. We’re certainly excited for all the reveals and trailers that Geoff Keighley will incorporate into his annual festival, but tomorrow will bring the biggest news short of the award show itself, with nominees being announced for different categories.

The most important is Game of the Year (otherwise known as GOTY) which will be heavily contended between Elden Ring and God of War Ragnarok. PlayStation’s other exclusive title Horizon Forbidden West might also vie for the position, but as for the rest, your guess is as good as ours.

Hideo Kojima has made no secret of his love for cinema, and even if his Twitter bio saying “70% of my body is made of movies” doesn’t tip you off, the legendary director’s constant stream of recommendations and hot takes are bound to make that absolutely clear. The Metal Gear Solid creator recently caught Wakanda Forever in theaters and was pleasantly surprised by Marvel’s bold stroke towards depicting what he called “a cycle of violence and inter-ethnic politics. As for whether he actually liked the movie or not, the Japanese auteur preferred to not elaborate any further.

That’s not all as far as Kojima and cinema are concerned. Recently making an appearance for the Anan Awards in Japan, he expressed interest in directing films of his own. “All fields are connected in digital works,” he said, per VGC. “So I would like to expand from games to fields such as film and music.”

Kojima Productions recently established a film studio in the United States, so it seems that the legendary video game producer is adamant to get on a real set for once and handle a camera in person. As for music, no one could deny that Kojima has good taste when it comes to picking out tracks for some of his most acclaimed titles — Death Stranding being a prime example of this — but will he do just as good if he’s the one assisting production in that booth?

That’s all we have for you today, but as ever, make sure to tune back in tomorrow for another gaming roundup.