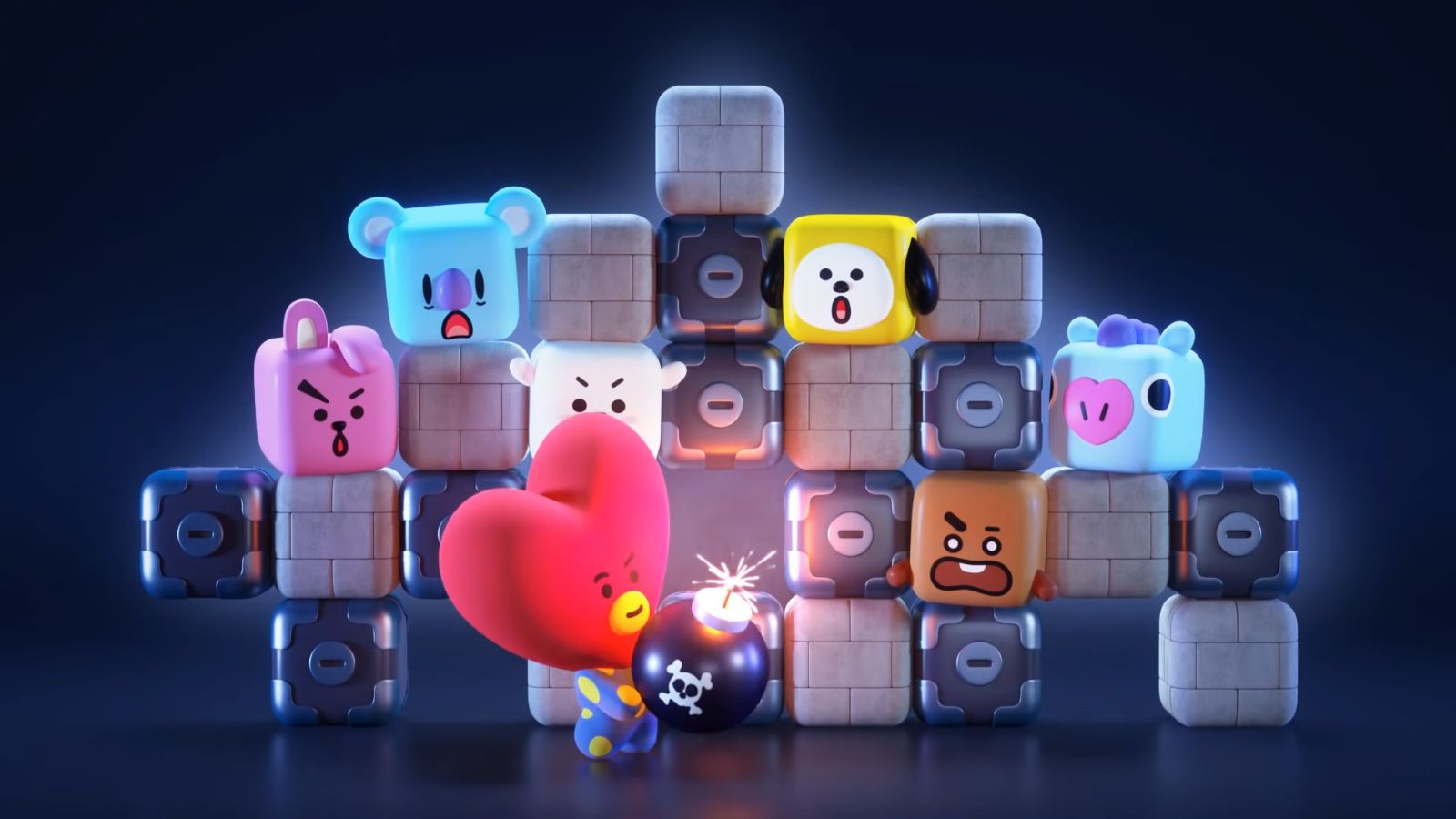 BTS may be widely known for their music, but did you know they also appear as characters in various video games? From skins to NPC, or special emotes, this Kpop group has spread its reach to the digital sphere as they hope to connect with gamers on different platforms. While it does sound silly, the idea of teasing someone using a BTS-themed dance routine, or shooting someone wearing a BTS-themed outfit, is very real.

While BTS did release original titles that featured themselves as NPCs or in-game decorations, they also offered themselves to provide design ideas for in-game items in various titles. So here is a list of games that BTS has collaborated with in the past.

Back in May 2022, Bandai announced their collaboration with BTS to produce Tamagotchis featuring each of the members as playable characters. Before that, the toy company also released Tamagotchis back in 2021 which featured their BT21 counterparts. Whether you want to take care of tiny versions of your BTS bias or the cute characters they’re based on, you can collect them all in tiny electronic pods.

This video game collab is an odd one. While BTS’s BT21 characters were transformed into the art style of the crew members, they were not included in the game. Regardless, Line Friends did release official merch featuring BT21’s transformation into the crew members for fans to take home. Quite a shame that this didn’t become official skins for the game.

In Sept. 2020, BTS announced that they were collaborating with Fortnite, as they released the premiere of their “Dynamite: Music Video Choreography Version” in the game. Players who made it to the event received special emotes from the official dance to use in-game. Sadly, no skins or weapons were released, but that’s ok as you can finally dance over your enemy’s corpse using a BTS dance routine.

Garena Free Fire announced back in March 2022 that they will be adding BTS-themed cosmetic items to their battle royal game. This collaboration did not just include new in-game items for fans to collect, as the arena also transformed into a BTS-themed map filled with themed surprises and easter eggs for players to find. It’s not skins that players were able to collect, with BTS releasing a series titled Free Fire x BTS, where each of the members played the game against each other.

One of the best things about this collab is that all the clothes released during the event were designed by BTS themselves.

The creators of Clash of Clans, Supercell, announced that Brawl Stars will have an official collaboration featuring BT21. Players can collect skins of their favorite BT21 characters to wear in-game, as they fight through this crazy battlefield. The skins cost around 149 gems in the game and were only available for a limited time only, but imagine just running around in this fun battlefield as the cartoon personas of BTS.

One of the biggest upcoming events for Cookie Run: Kingdom is its official BTS collaboration. The “Braver Together” event will have all seven members of BTS transformed into cookies. Players will be able to explore a BTS-themed map and explore new in-game lore that connects with the Kpop group. It was also announced that BTS will have an in-game performance featuring their cookie-fied characters. While it is unknown if the members will be providing their own voices or not, the game planned to spread BTS’s message of ‘self-love’ during the event.

Unlike other BTS members, who are working on their solo careers, Jin revealed via NME that he’s working with MapleStory for an upcoming collaboration. The announcement was made in a teaser video titled “Office Worker Kim Seokjin”, where Jin is seen going to the MapleStory HQ to “work”. BTS’ first collaboration was back in 2020 as the group designed special items for the game that was available for a limited time in late 2020. Perhaps this next collaboration will solely focus on Jin only and not the other members.