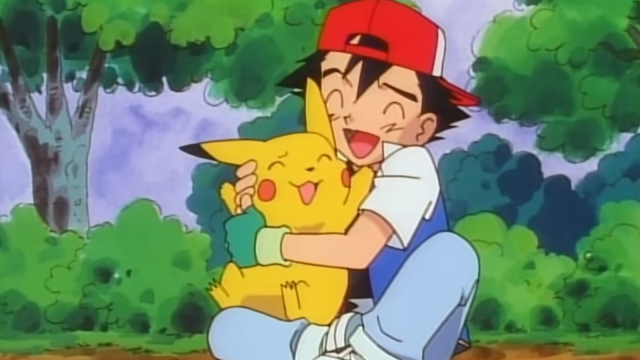 Pokémon is the highest-grossing media franchise of all time. With spinoffs including movies, television, anime, trading cards, mobile games, music, and manga it’s not hard to see how Pokémon has become so popular. But it all started in the late 90s with the release of the Game Boy games Pokémon Red, Pokémon Blue, and Pokémon Yellow.

The games introduced the first one hundred and fifty-one Pokémon that made gamers fall in love with the franchise. Here are fifteen of those original Pokémon, based on their impact over the last twenty-five years, their popularity, and their designs.

Onix is a rock and ground-type Pokémon and is number #095 in the original Pokédex. Onix is a large rock snake Pokémon whose silhouette is in the shape of a question mark. Brock’s Onix in the anime is the main reason Onix is one of the more popular original Pokémon, with the other reason being its cool design.

Onix can grow quite large and are one of the most aggressive Pokémon, especially when encountered in the wild. It’s not like you needed any more reasons for Onix to make the list, but in case you did, it’s because Onix rocks!

The water-type Pokémon Staryu is in the shape of a starfish with one red gem in the middle of its body. If any Pokémon were to eat or destroy one of its surrounding five appendages, the Staryu can regrow them, as long as the gem is intact.

Staryu’s popularity also stems from its appearance in the anime as Staryu was one of Misty’s main Pokémon. Listed at number #120 in the original Pokédex, Staryu is one of the most recognizable of not just the original but of the entire Pokédex, taking the fourteenth spot on the list.

One of the most meme-worthy Pokémon to ever exist, Slowpoke represents most gamers after they have had a particularly long day. Slowpokes can be unintelligent and often take their time reacting to things. Number #079 in the original Pokédex, Slowpoke is a Water and Psychic-type.

Slowpoke was usually comedic relief in the anime, mostly due to his dopey appearance, akin to a pink platypus without a bill. They are not insanely powerful in the games but Slowpoke ranks at number thirteen based on its dopey comedic appearance, and how beloved they are within the Pokémon community.

If Slowpoke represents gamers after a long day, Psyduck is brilliant because it represents any gamer who has ever felt anxiety. Number #059 in the original Pokédex, Psyduck is a water-type Pokémon who looks like a duck and a platypus. Even though Psyduck is only a water-type, it also has psychic abilities.

Best known for being one of Misty’s Pokémon in the anime, Psyduck looks confused all the time because of its frequent headaches. Psyduck’s psychic abilities are the strongest when the yellow duck Pokémon when its headaches are at their height. Its cute appearance and unique yet relatable malady earn Psyduck its spot at number twelve.

One of Eevee’s many evolutions, Vaporeon is number #134 in the original Pokédex. Vaporeon is the water-type evolution and the most popular of Eevee’s original evolutions. Vaporeon’s appearance is similar to a few different animals, as the Pokémon has four short legs, fins on its face, and an aquatic tail.

One of the most useful Pokémon in all of the Pokémon games, Ditto ranks at number ten on this list. Numbered at #132 in the original Pokédex, Ditto is a purple-y pink Pokémon that has the unique ability to transform into other Pokémon.

Ditto is a normal type, allowing it to take on any type of Pokémon it transforms into. The main reason it is useful in Pokémon games is that you can breed Ditto with other types of Pokémon, regardless of gender. That plus its mischievous personality makes it a favorite in the Pokémon community.

Jigglypuff is the ninth Pokémon on this list for a few different reasons. In the original Pokédex, Jigglypuff was number #039 and it was a normal-type Pokémon. In future generations from the sixth onward, Jigglypuff was also a fairy-type.

Jigglypuff’s appearances in the anime remain one of the funniest recurring gags in the series. Jigglypuff’s song has the ability to put anyone to sleep and in the anime, one chased after Ash and his friends, determined to put them to sleep so it could draw on their faces. Jigglypuff is also one of the cutest-looking Pokémon of all time, as they are a pink ball with two large blue eyes.

Mewtwo is a Legendary Pokémon that was made in a lab, cloned from the Legendary Pokémon Mew, and its number in the original Pokédex was #150. The psychic-type Pokémon starred in more than one film in the Pokémon franchise including Pokémon: The First Movie – Mewtwo Strikes Back, Mewtwo Returns, Mewtwo Strikes Back – Evolution, and Detective Pikachu.

Mewtwo’s popularity among fans most likely stems from his origins. Created as the ultimate Pokémon, Mewtwo is quite a sympathetic character, akin to Frankenstein’s monster. Having a sleek look and some of the most powerful psychic abilities in the franchise doesn’t hurt its ranking, putting Mewtwo at number eight.

Number #001 on the original Pokédex, the one and only Bulbasaur is the first starter on this list at number seven. Bulbasaur is a grass and poison-type Pokémon and is a seed Pokémon with a bulb on its back. Bulbasaur looks like a frog with some of the features of a dinosaur.

Bulbasaur was another Pokémon that Ash caught in the anime, but its real popularity stems from it being a starter. For a large percentage of original generation Pokémon players, this was their first Pokémon and Bulbasaur is one of the best starters of all time.

Gyarados is a water-flying Pokémon and is number #130 in the original Pokédex. The reason Gyarados is considered one of the best Pokémon of all time could be because the Pokémon it evolves from, Magikarp, is a useless Pokémon. So when you take the time to evolve one into, or catch, a Gyarados, its immense power is a welcome surprise.

They have one of the coolest and most memorable Pokémon designs, as Gyarados is an angry water dragon. Gyarados also look quite scary as they can be very large, but that is part of their appeal and one of the reasons why they take the sixth spot on this list.

One of the most relatable Pokémon of all time, everyone’s favorite sleeping giant Snorlax, is fifth on this list. Number #143 in the original Pokédex, Snorlax often took up space in the Pokémon games by blocking one of the main routes, requiring the player to find a Poké Flute to wake them up.

A normal-type Pokémon, Snorlax tend to wake up and eat, then go back to sleep whenever they are full. Ash managed to catch one in the anime but its goofy look and awesome lifestyle habits make it one of the best and most iconic Pokémon of all time.

Ash caught a Squirtle in the anime, one who was a part of the ultra-cool Squirtle Squad, a group of fire-fighting Squirtles. The best thing about Squirtle is that they manage to radiate both cool and cuteness at the same time, which is why they are at number four on the list.

If Charizard being the best original starter was not case enough for him being number three on this list, it is literally a fire-breathing dragon dinosaur-looking hybrid. Number #007 in the original Pokédex, Charizard, a fire and flying-type Pokémon, is the final evolution of the fire starter Pokémon, Charmander.

The most memorable Charizard would be Ash’s from the anime. Ash’s Charizard was stubborn and did not obey Ash when he didn’t want to. Ash raised his Charizard all the way from his Charmander which he found abandoned with his tail fire almost extinguished. Charizard is easily the best fire-type Pokémon of all time and deserves the number three spot.

Another Legendary Pokémon and easily the cutest Legendary, Mew takes the second spot on this list. One of, if not the most playful of the Legendary Pokémon, Mew is a Psychic-type and is number #151 in the original Pokédex. Mew is probably best known for its appearance in Pokémon: The First Movie – Mewtwo Strikes Back, where it helped quell Mewtwo.

Part of the reason Mew is so high up on the list is that for years the only way you could get Mew normally was through events. Mew is a pink cat-like Pokémon that can fly around and use psychic powers. Unlike other Legendary Pokémon, Mew was also always represented as the ultimate good, albeit a little chaotic at times, just another reason why Mew is so special.

The best original Pokémon is without a doubt the iconic Pikachu, which is number #025 in the original Pokédex. Pikachu has probably had the most screen time when it comes to a Pokémon in the anime, being the first Pokémon Ash received. Pikachu’s genius design is also most likely the reason for its mainstream popularity, as the black and yellow electric mouse with red rosy cheeks is very cute for something that packs quite a punch.

Pikachu was also in Pokémon: The First Movie – Mewtwo Strikes Back where Pikachu cried on Ash’s petrified body to revive him, one of the most heart-warming scenes in Pokémon history. Pikachu has served as the mascot for Pokémon for years, as well as featuring as the titular Pokémon in both Pokémon: Yellow and Pokémon: Let’s Go, Pikachu! Recently, Pikachu was the star of a mainstream Pokémon film, Detective Pikachu, where he was voiced by Ryan Reynolds. Pikachu is the ultimate example of what makes Pokémon great, representing the bond between Pokémon and their trainers, which is why they are the best of the original generation.

With over one-hundred and fifty Pokémon to choose from it was hard to narrow it down to just fifteen. But there are over a hundred more to pick from, especially if you favor certain Pokémon types over others. That’s what makes Pokémon so special, the Pokémon are so diverse that any trainer would be able to come up with their own lists!