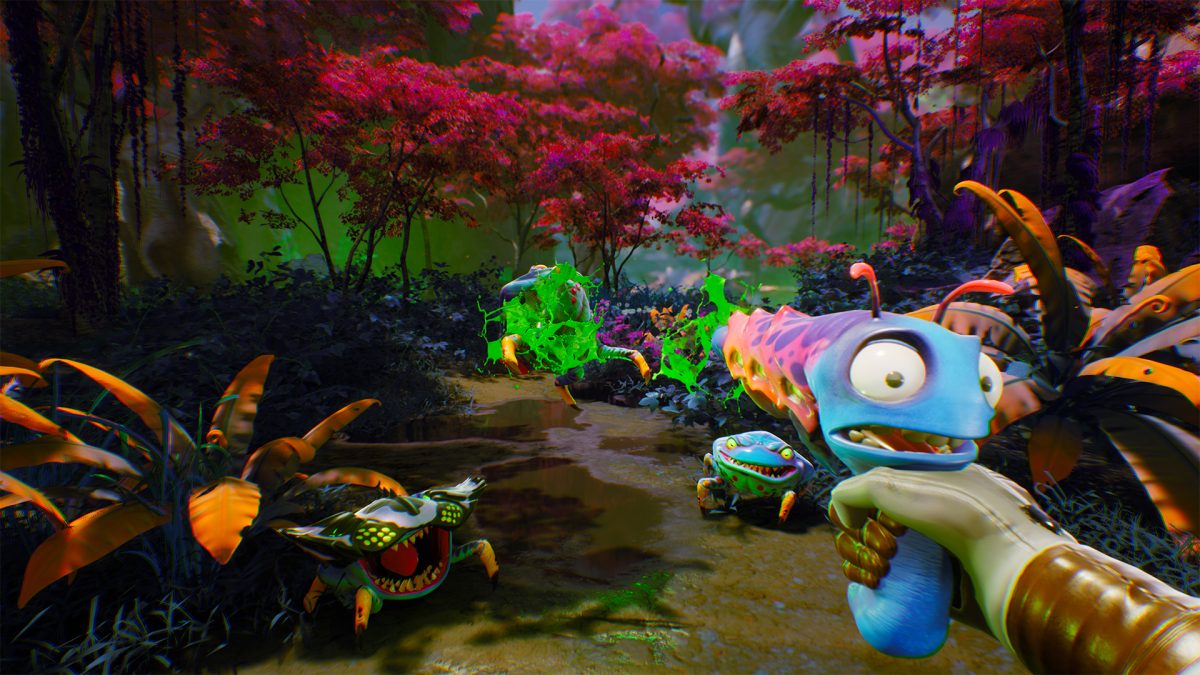 High on Life has done well on Xbox Game Pass, at one point beating out Minecraft on the Game Pass charts. Most people seem to know that one of the creators of Rick and Morty, Justin Roiland, had some kind of involvement in the game, but you might want to know more about the developers, Squanch Games.

What did Squanch Games make before High on Life?

Squanch Games was founded after Roiland achieved success with his animated series Rick and Morty. He founded the company — originally known as Squanchtendo — together with Tanya Watson, a games industry veteran who worked with Epic Games. The team then worked on its first game, Accounting, and its expansion, called Accounting+. The focus of Squanch Games used to be on virtual reality titles, so that’s exactly what Accounting+ is. It was released on both PlayStation VR and the Oculus Rift.

The studio then worked on a Google Daydream exclusive game, called Dr. Splorchy Presents: Space Heroes, which was released in 2018. That unit has since been discontinued. The team’s most popular game prior to the release of High on Life was Trover Saves the Universe, which was released in 2019 and is available on PlayStation 4, Xbox One, Nintendo Switch, Oculus Quest, and PC.

Trover Saves the Universe was not a VR-exclusive title as even though it could be played in VR, it could still be played like a normal game. Trover, the main character of the title, was also voiced by Justin Roiland. After the game was released, Watson left the studio, and VR was no longer the main focus of the company as it had been previously. Instead, they would focus on making a title that would be a single-player first-person shooter, High on Life.

At the point of the game’s release in 2022, Justin Roiland was the CEO of the studio until his departure in 2023 after domestic violence charges were brought against him. If you have liked the games of Squanch Games, don’t worry, the studio is still in operation, even though they have cut ties with Roiland. It is unknown if Squanch Games will develop any downloadable content for High on Life, or when the studio will release its next game.

It would be a safe assumption that whatever the next game for the studio is, Justin Roiland will not be a voice or involved on any level. You can buy High on Life and play it on Xbox Series S, Xbox Series X, Xbox One, and PC, or you can download it if you have Game Pass.