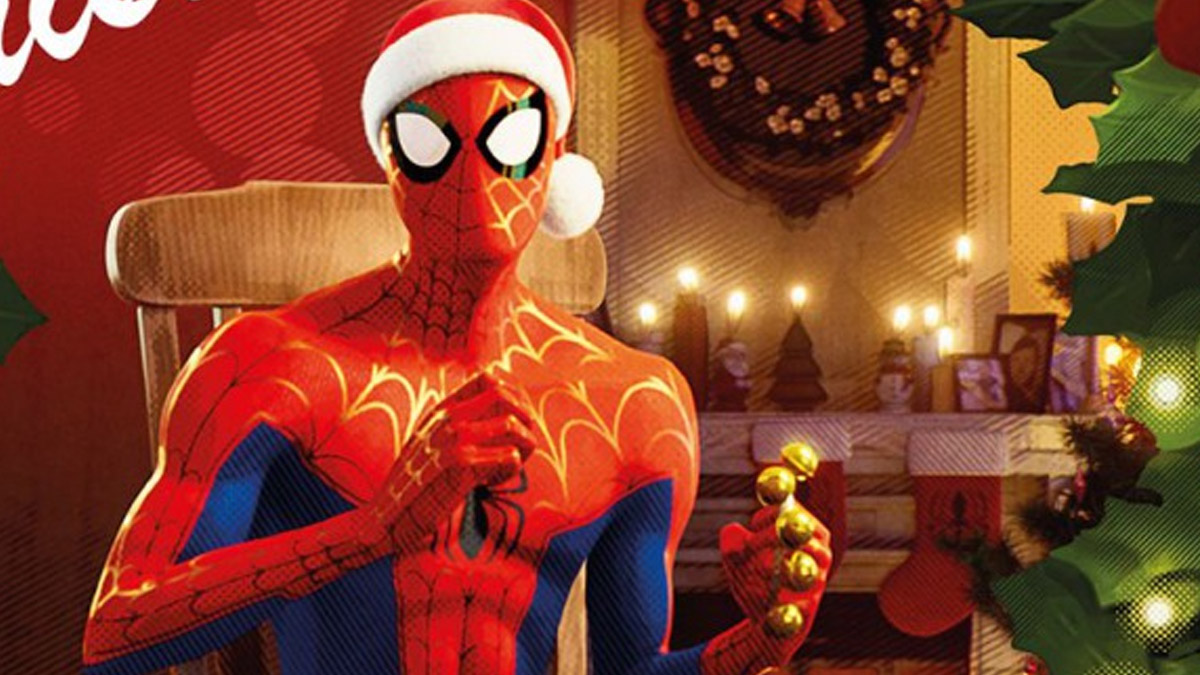 With The Guardians of the Galaxy Holiday Special ramping up the MCU’s festive feels, how can you keep the holiday season superheroic?

Marvel and DC Comics‘ explosion across film and TV over the past few decades has served a fair share of holiday cheer. There’s plenty of appetite for capes swooshing through snow and supervillains disrupting carol singers.

Whether you’re in Gotham City, a distant part of the galaxy, or queuing up to see an Avengers Musical on Broadway, you find Chrismas running through this list, with themes of family, togetherness, and the odd Ghost of Christmas Past too.

Here are the superhero projects from comics’ Big Two publishers that are perfect for viewing every festive season.

James Gunn’s festive special is a distraction at the end of the MCU’s Phase Four and a sneaky nod to the infamous Star Wars Holiday Special (that Lucasfilm really doesn’t want you to see). The Guardians space opera may not be at the Star Wars level, but it beats its inspiration on the festive stakes.

The Guardians of the Galaxy Holiday Special brings the Guardians back to Earth in better circumstances than Avengers: Endgame, although they’re caught up in a fairly sinister abduction with some meta-jokes. The concept allows the special to be pointedly festive, and in between the singing, dancing, gift-giving, and Go-Bots, it finds time for some crucial plot points that set up 2023’s Guardians of the Galaxy Volume 3.

For many years, Batman Returns was the best comic adaptation ever committed to film. Being a fantastic holiday movie was just a bonus; what’s more festive than the Batmobile zooming through the snow-covered plazas of Gotham City and flambéing some fire eaters of the criminal Red Triangle Gang?

Tim Burton’s deep dive into the grotesques of Batman mythology during a claustrophobic Christmas triggered the Day-Glo froth of Joel Schumacher’s subsequent movies. Batman Returns – with its twisted tale of the bat, cat, and bird – has the snow, the presents, and the most Biblically-inspired story in superhero cinema.

The trailers suggested an irresistible MCU-style Die Hard. The six-part Hawkeye series was more expansive than that, with surprising callbacks to the franchise’s past and some big hints for its future. The idea of family and responsibility runs through the story, even without the lush sight of New York City at Christmas and a colossal set-piece finale at the Rockefeller Center.

If you want an extra-special present, there’s also the welcome return of Vincent D’Onofrio as Kingpin. Jeremy Renner’s archer reluctantly warming to persistent protege Hailee Steinfeld’s Kate Bishop is the story the season needs. Even if you’re Clint Barton, few things say the holidays in the MCU like a trip to Broadway to watch Rogers: The Musical.

More DC wishes come true in the seasonal big-screen debut for Shazam. Orphan Billy Batson learns how to use his incredible powers against the festive backdrop of Philadelphia. It conjures up a big old feel-good atmosphere to play out the film’s themes of loss, family, and coming of age.

Although it was released in Spring, the Christmas vibe in Shazam was essential for director David F. Sandberg. He told Cinemablend: “It feels like a Christmas movie to me. It’s about family, and finding your family, you have these orphans or foster kids… and Christmas is very much a family holiday, so it sort of ties it all together in that way.”

Of all Loki Laufeyson’s plots, stealing the powers of Santa has to be one of the worst. In a festive edition of this pre-school Marvel animation, the fallen Asgardian teams up with the frost giant Ymir to conquer the world. This realm-jumping adventure is the closest you’ll get to an Avengers team-up at Christmas, with added Mrs. Claus.

Spider-Man: Into the Spider-Verse

Few movies become more Christmassy after their release than Spider-Man: Into the Spider-verse. The early throw-away joke about a Spider-Man Christmas album made it happen for Sony’s first trip to the Spider-Verse. It led to the release of A Very Spidey Christmas, an extended album featuring Christmas songs performed by cast members Shameik Moore, Jake Johnson, and Chris Pine.

Seasonal classics caught on its web include Joy to the World, Deck the Halls, and end-credit track Spidey-Bells (A Hero’s Lament).

Batman: The Animated Series — Christmas with the Joker

Hearing Kevin Conroy and Mark Hamill square off is good any time of year, but Batman: The Animated Series is responsible for one of DC’s finest festive moments. Like Batman says, it’s never easy with the Joker, but it’s even worse when he hosts his own Christmas special complete with abduction and seasonal ‘jeers.’

The result is the most explosive and action-packed Christmas you’ll find in the DC Universe, as the villain leads the Dynamic Duo on a wild goose chase around a booby-trapped Gotham, complete with deadly toy soldiers, bullet-riddled teddy bears, and a high-line railroad rescue. The Joker obviously enjoys the holiday season, given his last laugh.

The divisive third installment of the Iron Man saga was the MCU’s first big dip into Christmas, so naturally, it was released in May. Shane Black’s heavy nod to his iconic buddy cop movies is tinged with 80s Hollywood, and its red herrings play like a giant Christmas prank. It kicks off during New Year 1999 and features the Bombay Dub Orchestra mix of Jingle Bells, but the holidays really arrive when young boy Harley Keener aids battered Tony Stark.

On the promo rounds, Black explained that Christmas was the stage within a stage that was ideal for pulling together its large cast of characters together and apart. Intriguingly, the director even suggested that Keener acted as a Ghost of Christmas Past for Tony Stark, which had added poignancy at the climax of the Infinity Saga. That said, many fans would rather see a traditional clementine in their stocking than this Mandarin.

At the heart of this 1980s adventure is a love story between a mythological demi-goddess and an imaginary WWI Captain. Happy Holidays. WW84 was swept under the carpet of the pandemic, but its use of dreams and desires and the elaborate fable weaved around total wish fulfillment has a solid festive message.

Come the end, having had to do the unthinkable to save the world from nuclear armageddon, Gal Gadot’s Diana Prince leaves the past behind in a winter wonderland (to join a future we know). Added seasonal poignancy comes from the inclusion of Gadot’s husband, two daughters, and the director Patty Jenkins’ son.

The epic Spider-Man: No Way Home takes place between Halloween and Christmas and, like others on this list, dwells on themes of loneliness and togetherness. It dominated movie theaters over the holiday season in 2021, so it couldn’t resist some festive nods.

In the end, there’s a glimpse of the Rockefeller Center Christmas Tree, but the most overtly festive scene is probably the snow-swept entrance hall of Dr. Strange’s Sanctum Sanctorum, thanks to an open Siberian portal. The movie ends in the festive season and a lonely Christmas for Peter Parker and his Lego, but there are plenty of presents on the way and key messages about helping and forgiving over vengeance and punishment.