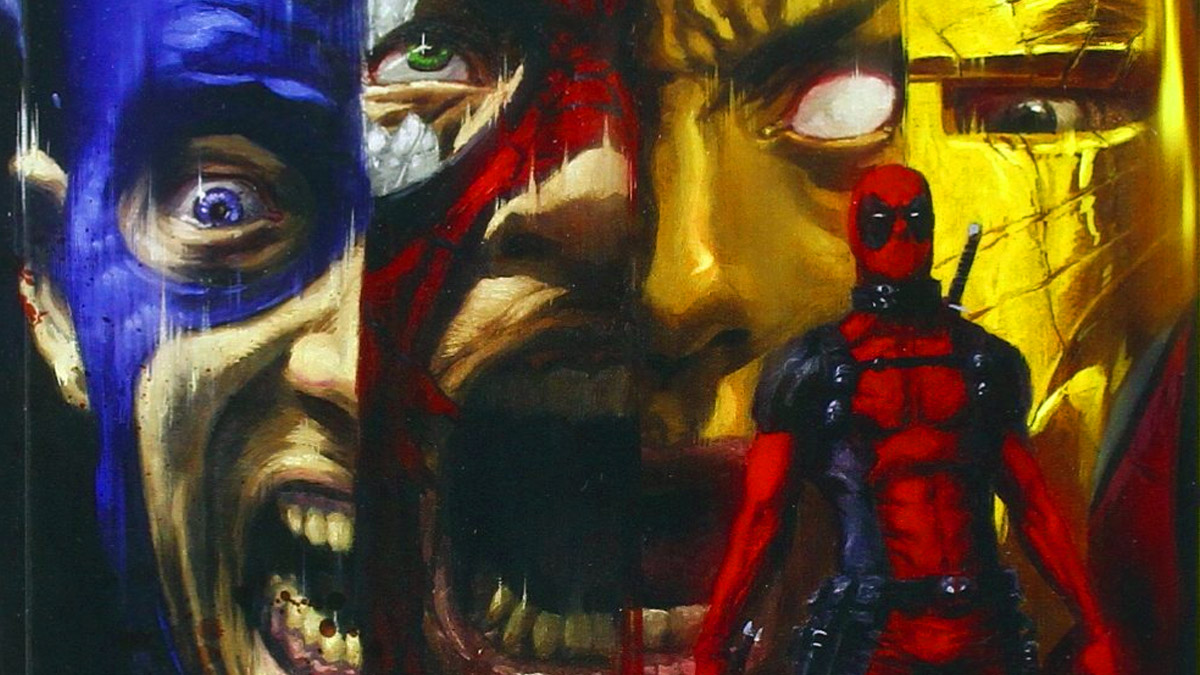 Phase Four of the Marvel Cinematic Universe (MCU) had some heavy odds stacked against it. It had to follow the Infinity Saga that made the MCU the most successful franchise in Hollywood history and somehow kick off a new era of its own. It was the phase caught by the global pandemic of 2020, which hindered production times and affected storylines. It also had to cope with the loss of major characters at the climax of Phase Three and, most tragically, the unexpected death of Chadwick Boseman, who had brought massive popularity to key Avenger Black Panther.

Despite all that, it still managed to underwhelm. What was the phase to do? It brought back one deceased hero, paid tribute to its lost heroes, explored alternate realities, and diversified onto Disney+, where it told epic stories, but that just wasn’t enough.

Phase Four had just too big a task, and it exposed the perils of sagas built from chapters.

While it started with the format-breaking artificial construct of WandaVision, it ended with a truce between two secretive nations in Black Panther: Wakanda Forever. That sums it up. After a three-phase saga that began with the global reveal of Iron Man’s identity, used New York as a battleground, put the Avengers under a worldwide spotlight, and saw half the universe wiped out for five years, Phase Four felt just a bit low-key.

In fact, it was the kind of hangover Thor gave Thanos, and fans still aren’t ready to forget even with Phase Five just around the corner. Unfortunately, most looks back are evil glances at the goats in Thor: Love and Thunder.

The good news is it’s not too late for the MCU. There are two phases left in the Multiverse Saga, and Marvel can pick itself up. Here are 10 ways Phase Five can kick Phase Four into the long grass.

Phase Four felt like an anti-Phase One. While the MCU had kicked off with a loose narrative that led to the formation of Earth’s mightiest heroes, Phase Four deconstructed it. We visited Kamar-Taj more than Avengers HQ, and any Avengers meetings took place over a conference call. Scarlet Witch fell to the dark side, and the young Avengers failed to appear.

Hawkeye looked at the consequences of the Avengers’ first assembling and set a sentimental tone. As the emphasis fell on individuals, you could feel the heroic links of the universe fraying like the seams of the multiverse. For much of it, it looked more likely that the bad guys would put together a super team.

We already have the promise of the Avengers versus the Kang Dynasty in Phase Six, but Phase Five needs to give us an early glimpse of the team. If there’s one thing that can sort out a disassembled ramshackle universe, it’s the Avengers. Just make sure Wong’s the leader.

Show us the bad guy’s plot

Alright, Phase One didn’t have a coherent plan or unifying villain, but after the massive climax of the Infinity Wars saga, the threat of Kang is still vague. We’ve only met one version of the infinite bad guy, and he was what passes for a good Kang on Disney+.

Yes, the menacing “see you soon” was good, but it will be almost two years between that and Ant-Man’s first encounter with the conqueror in the Quantum Realm. The first feature of Phase Five can put things right. If anyone can slay it, Kang can.

The Infinity War was tough to follow, but Phase Four lacked threat. Considering the unpredictability of the Avengers’ win over Thanos, there was little doubt about how the next chapter of Spiderman and Doctor Strange’s story would pan out. Phase Four even closed with a truce between the two nations that barely touched the lives of the world’s population. It’s the ghost of Sokovia all over again, and Phase Five needs to bring us real-world threats.

Captain America: New World Order has a lot to live up to. If it can match its name with the help of the return of gamma-irradiated Hulk-nemesis, the Leader, it’ll bring us down to the ground after dangers have been restricted to the mystic realm, multiversal incursions, and secret wars.

Bring us some trusted old hands

The Infinity Saga cost some big names, and Phase FOur struggled to fill the gaps. Despite a trip to Rogers: the Musical, it never seemed to recover from the loss of Iron Man and Captain America. Rumors that those heroes will return in a timeline reset have dogged the last two years, but whatever happens, Phase Five needs to show it doesn’t need them.

After all, there are unpredictable franchise veterans like Punisher and Jessica Jones ready to fill those shoes alongside Daredevil.

Phase Five could bring Stark and Rogers back, of course — it’s what the comic books would do in a reality where aging doesn’t exist. The Skrull schemes behind Secret Invasion will likely shake the foundations of what we think we know under Nick Fury’s all-seeing eye. It’s an opportunity to reset the authority in a multiverse of new threats and, if it needs to, make sure the baton is handed over better.

The need to jump around the mutant issue while the rights were held up at Fox created some cold and uninteresting MCU plot points, like Hydra’s role in the Maximoff twins’ abilities.

We know mutants are coming, and we’ve seen the hints, but it’s dragging on. The MCU has increasingly diverged from our own. Black Panther: Wakanda Forever’s colonization and global politics themes were scuffed compared to the Cap-led conspiracies of Phases Two and Three. True to the comic emergence of the X-Men, mutants hold a magnifying glass up to society and can make the MCU feel again.

Deadpool should help break the mold, but the Merc with a Mouth needs competition, not a free reign. Deadpool legendarily killed the Marvel universe in one comic arc, thanks to writer Callum Bunn, and we could do with some of that. What If..? was diverting but constrained by the established MCU. As the multiverse opens, we should expect jaw-dropping realities and movie images we’ve never seen before. Think Eternals, but true to the cosmically incredible original artwork of Jack Kirby.

At the moment, Sony’s Spider-Man Universe is leading the way with format-breaking ways to deliver Marvel’s House of Ideas. Phase Four was more likely to break the mold in pastiche (She-Hulk and Black Widow‘s Bond movie), and even the impressive horror throwbacks of Doctor Strange in the Multiverse of Madness were aimed at the 1980s. Phase Five needs to go for it.

The Marvel Universe began with the Fantastic Four, and the MCU really feels their absence. We know they’re coming; we’ve even met a variant of their leader Mr. Fantastic. But the speculation about their appearance after they returned to the fold with Disney’s purchase of Fox has been painful.

Have they been trapped in the Quantumverse for years? Will Kang’s timeline tampering revamp Earth-616’s New York skyline with the Baxter Building? Marvel needs the Fantastics, and we can’t wait for their film in Phase Six. While they’re the least likely heroes to want to kill anything, a Phase Five debut would kill off talk of Phase Four.

Bring us a greater variety

By diversifying how it tells stories on big and small screens, the MCU has shown how formulaic it can be. As staggering as the multiverse is, it sure can be repetitive. Phase Five can help by leaning into Marvel’s well-established supernatural side. Blade will slice Phase Five to a close in 2024 and before that, we’ll see an emphasis on the dark side as Loki, Agatha Harkness, and the Thunderbolts make their presence felt.

While looking to the next generation of superheroes, Echo and Ironheart can learn from the first wave of TV originals like Moonknight, Miss Marvel, and She-Hulk to shine. We’ll look to alternative stars and antiheroes in the new phase.

Disney+ doesn’t just have to mean episodic movies. Werewolf by Night and even the Guardians of the Galaxy Holiday Special demonstrated the potential of the MCU’s expansion onto Disney+. More format-breaking surprises and offshoots can unleash the power and legacy of Marvel. It’s a format that allows the epic franchise to take huge chances in the spirit of the giant leap Marvel Studios took back in 2008 with Iron Man.