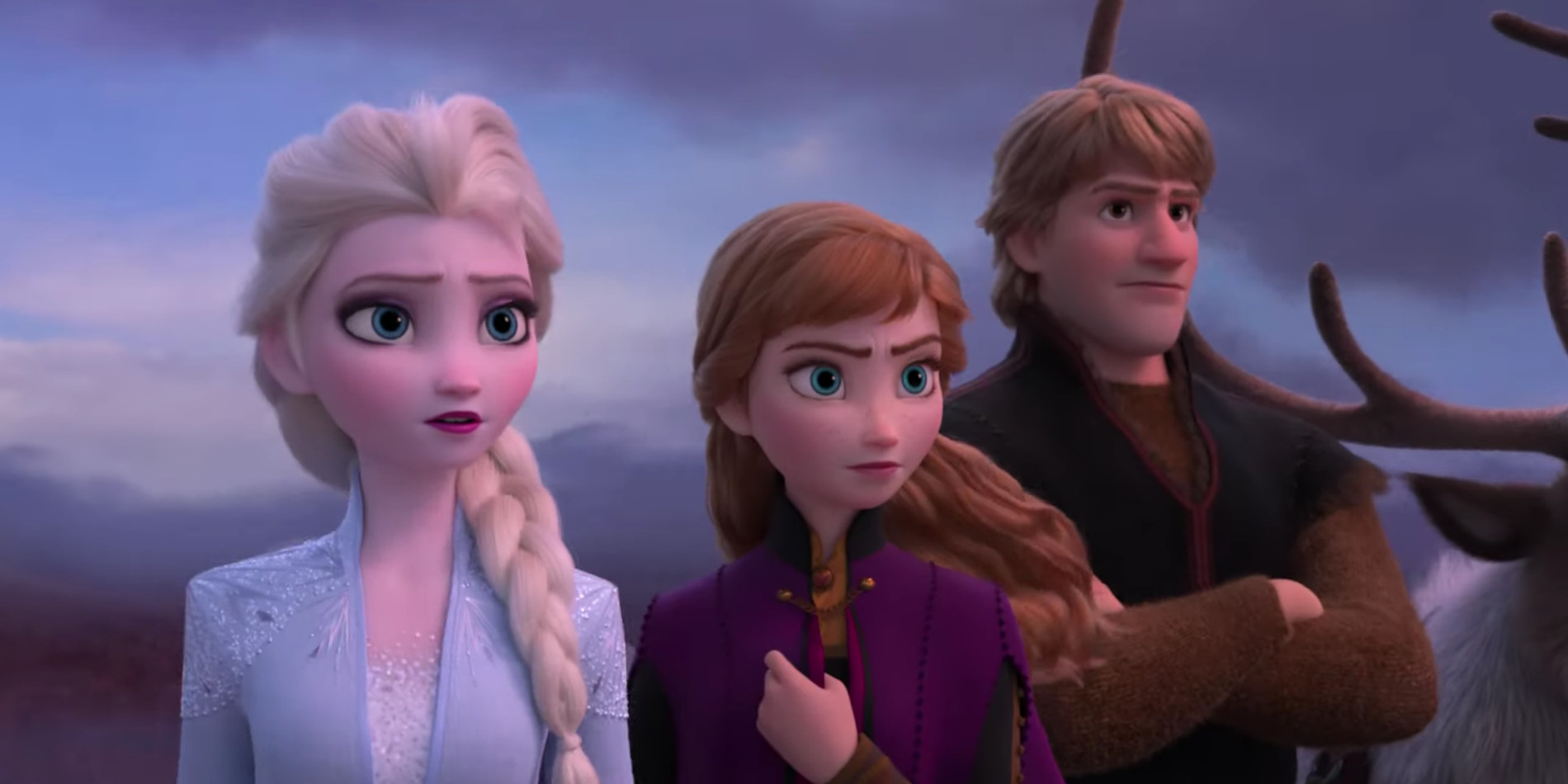 The internet is full of rumors and hype about Frozen 3, with fans desperately waiting for the third installment of the box-office-topping Frozen franchise to be officially announced. This hype has only got more intense now that several members of the Frozen 2 cast have confirmed that they would be willing to come back for a third film if asked, meaning some fans believe that a sequel is inevitable.

One of the most important things to consider when making a sequel is its name. As studios have to balance brand recognition, audience intrigue, and several other factors when coming up with the perfect title for their latest installment. While Frozen 2 decided to go the simple route with its name, the third installment might opt to go a little out of the box and change the title format to set the movie apart from its previous two installments. With that in mind, here are twelve names for Frozen 3 that are better than simply calling it Frozen 3.

One of the best things about Frozen 2 was how it opened up the story’s world. While the first film focused on events inside Arendelle and the small area surrounding Elsa’s ice palace, the second film massively developed the setting by introducing loads of new locations and diving into the history of the region and the people who now call it home. While Anna and Elsa were still the focus, Frozen 2 opened the door to many new stories that could feature different characters and locations. Even ones that are totally unconnected to the siblings and their home. Because of this, pulling the title back would help symbolize this growth in scope, showing that while Anna and Elsa are important, this new story has ramifications for a whole region.

At the end of Frozen 2, Anna took the title of Queen of Arendelle. To quote Shakespeare’s Henry IV. Part II: “Uneasy lies the head that wears a crown,” because being a monarch is a tricky job where one wrong move could spell doom for you and your kingdom.

Following Anna’s life as a monarch seems like a natural progression of the story. As while she has clearly grown more mature over the previous two films, moving from a princess to a regent is still a big jump. Being queen means Anna will be forced to learn many new things and deal with many new issues. So why not take inspiration from the most acclaimed historical drama of the last few years?

Frozen: The Legend Of Honeymaren

Frozen 2 followed Elsa as she explored a kingdom with a mysterious and war-torn past and learned about the four spirits representing earth, fire, water, and air. Eventually, Elsa discovers that she can bring all of these elements together and connect people to nature’s magic while also bringing justice to the kingdom.

Of course, many people pointed out that Frozen 2’s story shared plot concepts with Avatar: The Last Airbender. So why not play into this further. Just as Avatar had The Legend of Korra, a series focusing on another character who lived many years after the ones found in the original Avatar, Frozen 3 could be set a long time after Elsa becomes the protector of the Enchanted Forest. It could see Honeymaren or one of her children undertake a similar journey to the one Elsa took, learning about the magic of the elements and working out how to channel them, all while trying to stop a new tragedy.

When Frozen first hit cinemas, many internet users quipped that Thawed would be the natural title for the inevitable sequel. While this was a joke at the time, post-Frozen 2, it makes a lot more sense. Frozen 2 saw the franchise move even farther from its original inspiration — Hans Christian Andersen’s tale The Snow Queen — with Elsa’s ice powers playing a much smaller role in the plot.

If the franchise continues in this direction, it makes sense to downplay the ice-themed titles as snow and winter become less crucial to the plot and less significant to the film’s overall aesthetic. Thus, Thawed would be a natural choice, as while it still retains the connection to the first two films, it lets audiences know that this film will be slightly different.

There is a trend to name sequels, especially reboots or remakes of long-running franchises, the same name as the original movie. While many film fans loathe this as it makes it hard to talk about the films online, there is a good argument that the Frozen franchise should follow in the footsteps of Halloween (2007), Halloween (2018), Fast & Furious (2009), Star Trek (2009), and The Suicide Squad (2021).

There are plenty of situations where Arendelle could once more be faced with an icy doom, be it at the hands of Elsa or a new antagonist. Because of this, returning to the name of the first movie would make perfect sense and perfectly bookend the trilogy.

There is nothing Disney loves more than corporate synergy and nostalgia. And what better way to combine both of these things than by making a movie that combines Frozen with Aladdin, one of its most popular releases. While they’re set in different historical periods, Aladdin’s Baghdad-inspired desert setting would perfectly contrast with the snowy and non-snowy versions of Arendelle.

Of course, if the franchise is going to massively change its setting in the third movie, it should take inspiration from the best third film in cinema history. One that also broke away from the locations and traditions of the first two films. That being 2006’s The Fast and the Furious: Tokyo Drift.

In Japanese, Shin can mean different things, depending on which kanji character it is written with. For instance, 新 can mean new, 真 can mean true, and 神 often means God.

Though to film buffs, Shin has taken on a second meaning due to Hideaki Anno and Shinji Higuchi’s Shin collection of films. Starting with Shin Godzilla, the meta-series now features Shin Ultraman, and it will soon be joined by Shin Kamen Rider. These films all present a new modern take on a classic Japanese franchise while remaining respectful to what came before them. Shin Godzilla was praised for its unique take on the legendary kaiju. One that hammered home its dark majesty and the human cost of the disasters it causes.

So why not have the third Frozen movie go in a similar direction? The third film could wow fans and critics alike by having a tone closer to the darker fairytale that inspired the original film while building on the more serious themes of the second movie. Also, it would be fascinating to see Hideaki Anno take on a Disney movie, as Anno’s flair for the symbolic and surreal would lead to a Disney movie unlike any other.

Olaf the snowman is one of Frozen’s most memorable characters. Because of this, the character has had loads of merchandise and even a few Disney Plus spin-offs in the form of Olaf’s Frozen Adventure and Olaf Presents. So it only makes sense that the third Frozen film would allow the little snowman to take center stage and act as the protagonist rather than the mascot.

If Disney decides to go this route, why not use the format it has used for its Star Wars spin-offs like Solo: A Star Wars Story and Rogue One: A Star Wars Story, and call this film Olaf: A Frozen Story. As it keeps the brand recognition while also letting audiences know that this film will have a different focus.

Frozen Ever After is the ride found in Walt Disney World’s Epcot theme park. The log flume tells a new story inspired by Frozen and Frozen Fever. It sees Elsa throwing an Official Summer Snow Day to commemorate the day Anna saved her from turning to ice.

In the past, Disney has made movies based on their theme park attractions, from the legendary Pirates Of The Caribbean franchise to the oft-forgotten Tower Of Terror movie and Eddie Murphy’s Haunted Mansion. So why not bring Frozen Ever After to the big screen?

Frozen 3: Season Of The Witch

If Disney did make Frozen into an anthology series, it could take naming inspiration from the Halloween franchise. Halloween was first pitched as a horror anthology series that would release unrelated films every Halloween. However, this didn’t come to fruition until the third film Halloween 3: Season Of The Witch. This film broke away from the Micheal Myers story of the previous two movies and told a different story with all new characters. “Three more days till Frozen 3, Frozen 3, Frozen 3…”

When Disney bought 21st Century Fox, it acquired the Ice Age franchise and naming rights. The first Ice Age movie hit screens in 2002, and the franchise quickly became very popular, spawning five films and a load of spin-offs. So why not embrace the corporate synergy and link Frozen and Ice Age together. Elsa could accidentally trigger a new ice age, which would let the characters from the Ice Age franchise come into the Frozen universe and embark on a series of new adventures.

And let’s be fair, if Elsa can create a sentient snowman, then creating Paleolithic animals should be a walk in the park for her. Also, it wouldn’t be the first time a Disney Princess has had talking animals following her around. In many ways, it would be a return to Disney tradition. It would also generate tons of hype and merchandise as Frozen and Ice Age are super popular.

The issue with making a sequel to Frozen 2 is that Frozen 2 wrapped the plot up neatly. The ending felt final, with both sisters resolving all of their plot threads and finding comfort and purpose.

One way to solve this issue would be to skip forward in time, allowing viewers to go on an adventure with an older Elsa and Anna. In fact, the new film could focus on the pair’s children dealing with a whole new threat. To make this clear to audiences, Disney could skip Frozen 3 entirely and go right to four. This would allow them to retain brand recognition while opening up space for fan theories about what happened between Frozen 2 and Frozen 4. In fact, Disney could take a page from Star Wars and later go back to fill the gap between 2 and 4 with several Disney Plus series.