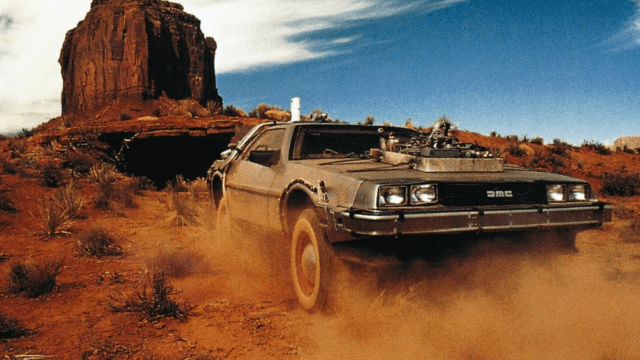 We’re not sure if it was hiding in 1955, 2015, or 1885, but those of us that fancy flicks from the comfort of our own homes have really been missing Back to the Future on streaming.

Ever since the inaugural entry flew Netflix’s coop back at the end of June, there’s been a particularly sore absence of Doc, Marty, DeLoreans, and humorous scripts that more than take advantage of the trilogy’s time travel plots.

But it appears that July was simply spent trying to reach 88 miles per hour, because the Back to the Future trilogy is set to make a triumphant return to streaming tomorrow on Oct. 1.

The comeback will see the generation-defining sci-fi trilogy defect from Netflix entirely, instead finding a new home on NBCUniversal’s Peacock, which will also soon be home to the likes of the majority of the Child’s Play franchise, the Godfather trilogy, Halloween Ends (which will share a hybrid release with cinemas), and 2015’s Fantastic Four, for some reason.

Michael J. Fox’s biggest claim to fame continues to hold an evergreen place in the hearts of not only film lovers, but pop culture enthusiasts everywhere. Whether he was engineering a relationship between his teenage parents in the original film, chasing his son on a hoverboard in the second, or co-opting Clint Eastwood’s name to the most detrimental effect possible in the third, Marty McFly’s adventures have never failed to draw crowd after crowd, and Peacock will be granting another round of viewing opportunities to fans and first-timers alike.

All three Back to the Future movies will be available to stream on Peacock on Oct. 1.