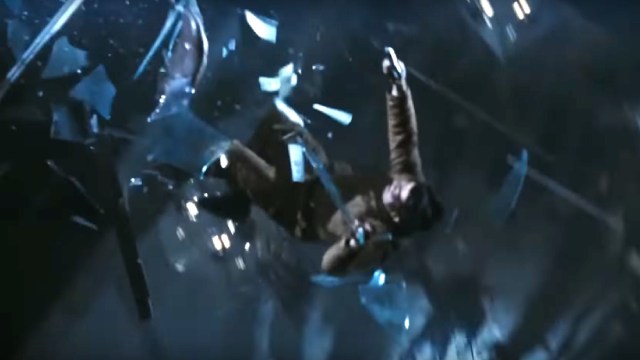 When the conversation turns to naming the greatest comic book adaptations of all-time, the usual candidates often tend to emerge at the head of the pack, but very rarely does Alex Proyas’ The Crow emerge as a front-runner when things start to heat up.

The 1994 favorite holds impressive Rotten Tomatoes scores of 84 and 90 percent from critics and audiences, numbers that are far superior to a great deal of modern superhero blockbusters. It also endures as an everlasting cult classic 28 years on from its initial release, something that no amount of inferior sequels and attempts at dragging a reboot out of development hell will ever be able to diminish.

While the entire production was rightfully overshadowed by the tragic death of Brandon Lee, it’s a little unfair that such an atmospheric, influential, and acclaimed movie very rarely gets brought up when genre aficionados weigh up the positives and negatives of what the very best efforts have to offer.

Just in time for Halloween, though, The Crow has been riding a renewed wave of near-unstoppable momentum on social media, and you can’t say that it isn’t entirely warranted.

Despite releasing in May 1994, where it went on to earn close to $100 million at the box office, The Crow has become a staple of the Halloween viewing schedule for reasons that should be obvious to anyone who’s even seen so much as a still image from the film. Success regularly tends to be fleeting when it comes to studio-backed comic book capers, but there are a multitude of reasons why the story of Eric Draven’s revenge remains as popular now as it was three decades ago.