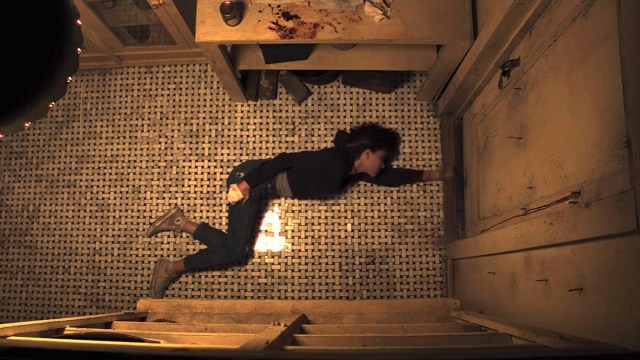 via The Daily Wire

Conservative outlet The Daily Wire moving into the filmmaking business raised more than a few eyebrows, especially when it emerged as a potential conduit for the Gina Carano comeback many people were hoping never happened, but curiosity was piqued nonetheless when the talent roster for Shut In was first announced.

A 60 percent Rotten Tomatoes score keeps Shut In on the Fresh threshold, while the user rating is at a mammoth 95 percent. The plot revolves around Qualley’s young mother, who finds herself locked inside a pantry by her terrifying and psychotic ex-lover, forcing her to find a means of escape while simultaneously trying to keep her children safe from the increasing danger and dread.

Hardly earth-shattering or groundbreaking in the grand scheme of claustrophobic thrillers, but good enough to have entranced streaming subscribers this week. As per FlixPatrol, Shut In has landed a spot on the Prime Video global charts, perhaps signalling that audiences are willing to invest their time in whatever The Daily Wire is putting out there, unless of course it comes as news to them that the outfit are behind it.