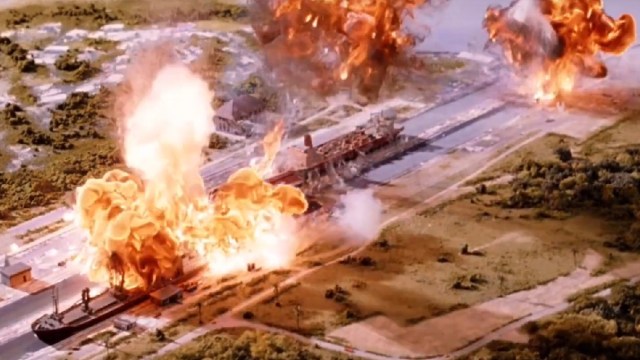 via Paramount
Review of:

Trey Parker and Matt Stone have built their entire careers on skewering pretty much anything that makes the headlines, so the fact Team America: World Police continued to find itself swamped in controversy a decade after its original theatrical run was a completely expected development given the South Park duo’s penchant for ruffling feathers.

In the wake of the threats being pointed in the direction of Seth Rogen and James Franco’s The Interview in late 2014, which at point point looked as though they’d be the catalyst for World War III, several cinema chains across the country ended up canceling free screenings of Team America, before Paramount went ahead and pulled the film anyway.

No less of an authority than then-President Barack Obama denounced the move as an attack on Hollywood’s right to exercise free speech, and we can safely say the White House defending an action blockbuster parody that features many offensive and hotly-contested moments, never mind a puppet sex scene that was repeatedly sent back to the filmmakers by the MPAA for being unfit for distribution, was a scenario anyone thought would ever unfold.

It’s become a genuine cult favorite in the 18 years since, though, and everybody of a certain generation remembers when people would shout quotes at the irreverent adventure at their peers for what felt like months on end. Clearly, the offense hasn’t been all that long-lasting, with Parker and Stone’s ode to Michael Bay dropping bombs on streaming once again.

Per FlixPatrol, Team America: World Police has blasted its way onto the Google Play Movies global watch-list, and those damned songs are destined to get stuck in your head all over again.