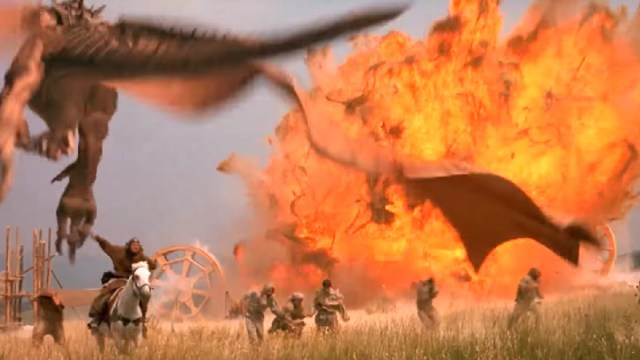 Filmmaking technology has advanced at such a rapid rate that even effects-heavy movies released as recently as a few years ago can look dated and behind the times. However, few things are quite as powerful as the rose-tinted glasses of nostalgia, with 1996’s beloved fantasy favorite Dragonheart the latest beneficiary of the generational wistfulness for all things 90s.

Dragonheart was a decent-sized hit at the box office after earning $115 million on a $50 million budget, but it wasn’t until the film hit home video that it took off as an enduring cult favorite. Based on the overwhelmingly positive response to a recent Reddit thread praising the entertaining odd couple caper, the love remains as strong as ever.

A dragon voiced by Sean Connery teaming up with a knight played by Dennis Quaid to try and take down a tyrannical king brought to incredibly hammy life by David Thewlis sounds utterly ridiculous, and it is, but that’s only a small part of Dragonheart‘s endless charms.

It was a labor of love to even create scaly hero Draco in the first place that took a team of accomplished veterans from ILM five months to bring to life, but at least their heard work is still being appreciated almost three decades on – regardless of how old-fashioned it looks these days.