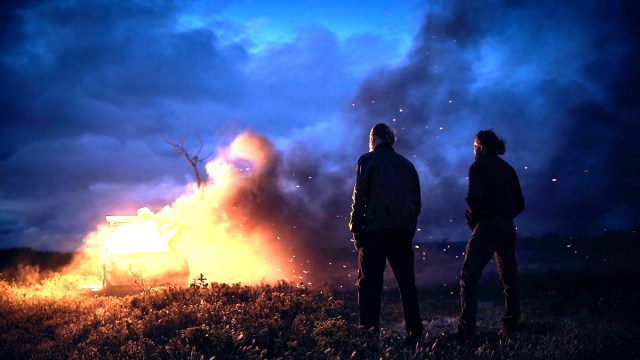 The production line of Netflix originals is never going to stop dropping fresh content into the library, but it would be nice if the quality were to match the quality. We could go blue in the face rattling off the myriad of blockbusters and thrillers that ended up being greeted with a sneer by critics, but at long last, The Stranger has arrived to address the slide.

In the very recent past we’ve seen an almost worrying number of splashy, star-powered exclusives make their way to the platform to be trashed by critics, but it turns out that all you need to buck that trend is a small scale slow-burner powered by a pair of fantastic performances from two supremely talented actors to get the acclaim flowing.

Not only does The Stranger hold a mighty 92 percent score on Rotten Tomatoes, positively stratospheric for a Netflix-produced genre film, but it’s also become a global sensation into the bargain. As per FlixPatrol, the taut and intense tale of secrets and deceit has become a Top 10 smash hit in 50 countries around the world, and while it hasn’t yet reached the summit in any of them, that could change by the end of the week as the word-of-mouth continues to spread.

Sean Harris’ Henry Teague strikes up a conversation with Joel Edgerton’s Mark on a bus, and it quickly blossoms into a fast friendship. However, one of them is a murder suspect and the other is an undercover cop, with the duplicitous origins of their kinship threatening to plunge both of their lives into immediate and potentially devastating danger. It might be light on CGI and explosions, but The Stranger is destined to go down as one of Netflix’s finest efforts of 2022.