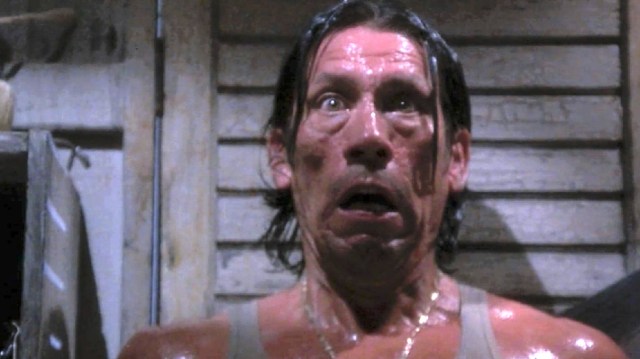 If we break things down into the cold and unforgiving form of hard data, then the only positive to be drawn from 1997’s Anaconda is the fact it turned a healthy profit at the box office by earning $137 million on a $45 million budget.

Outside of that, the absolutely preposterous blockbuster creature feature was soundly dismissed by critics on its way to a 40 percent Rotten Tomatoes score. What’s even more remarkable is that the general public appears to like it even less, with over 250,000 user ratings on the aggregation site dragging it down to a miserly 24 percent audience average.

Then there’s Anaconda‘s Razzie nominations for Worst Picture, Worst Actor, Worst Director, Worst Screenplay, Worst Screen Couple, and Worst New Star – the latter of which went to the animatronic snake of the title. Based on the facts, then, you’d think the film was universally hated by anyone unfortunate to have seen it firsthand, but that’s most definitely not the case.

Anaconda may be a terrible motion picture by any conventional metrics, but we’ll be damned if it isn’t gloriously cheesy, excessively over-the-top, and wildly unfeasible fun. In fact, a Reddit thread has been drumming up support for the 25 year-old fan favorite by praising aspects of the film that have precisely nothing to do with whatever the hell Jon Voight decided to do whenever cameras were rolling, with his turn ranking as one of the most bizarrely scenery-chewing outings you’ll ever see.

Three sequels later, and Anaconda is inexplicably getting a reboot for some reason, but it’s got a long way to go if it want to live on the memory for anywhere near as long as its illustrious predecessor, which endures as a shockingly star-studded slice of extravagant cheese.