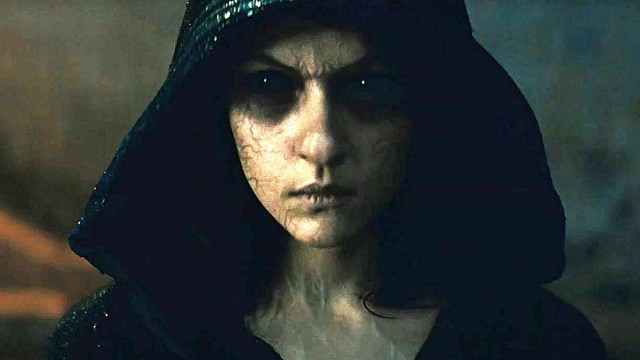 Banal horror movies can often be elevated, and on rare occasions completely salvaged, by a single stellar performance. Try as he might, though, even the legendary two-time Academy Award winner and esteemed veteran of the silver screen Anthony Hopkins couldn’t drag The Rite up to his level, despite comfortably walking away with the entire film.

Being a high concept chiller with a recognizable star front-and-center in the marketing, director Mikael Håfström’s uninviting exercise in exorcism was invariably a solid hit at the box office after first being unleashed in January 2011, coming close to crashing through the $100 million barrier at the box office.

However, respective Rotten Tomatoes scores of 22 and 40 percent highlight the crushingly dull nature of the end product, despite Hopkins doing his damndest to prove that not every big name to show up in a B-tier genre flick is going to phone it in with one eye on the paycheck. As disappointing as it may be, The Rite has nonetheless managed to summon up a brand new lease of life on Netflix.

As per FlixPatrol, the fright-free dive into a rookie priest’s journey to a Vatican school of exorcism, and the horrors that lurk within, can currently be found as the 17th most-watched title on the platform’s global charts, and a Top 10 hit in 10 countries. Colin O’Donoguhe‘s Michael finds himself taken under the wing of Hopkins’ Father Lucas, but an encounter with a malevolent entity has both the newcomer to the cloth and the wizened old sage questioning everything they thought they knew, and believed.