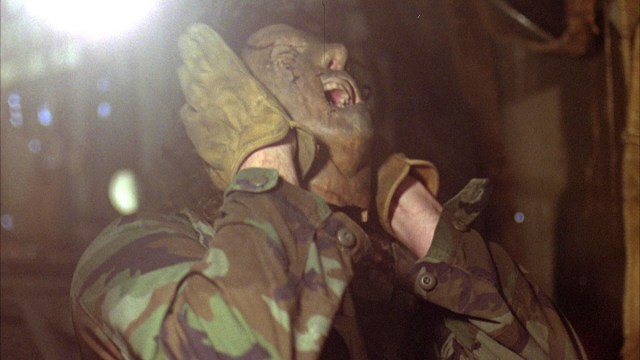 Hollywood history is littered with major A-list stars making some of their earliest appearances in low budget horror movies that get trashed by critics, with everyone from Leonardo DiCaprio and George Clooney to Jennifer Aniston and Johnny Depp dealing with blood, guts, and gore during their formative years in the industry. Despite its status as part of an iconic franchise, the lasting legacy of Texas Chainsaw Massacre: The Next Generation is undoubtedly the success eventually found by its two leads.

The fourth installment in the Leatherface saga was initially released as The Return of the Texas Chainsaw Massacre, but pivoted to try and cash in on the unstoppable rise of Matthew McConaughey and Rnee Zellweger after its initial run, who headlined the cast as prom-going teenager Jenny and the psychopathic Vilmer Slaughter.

It didn’t do a damn thing to enhance the film’s box office prospects, funnily enough, with The Next Generation earning less than $200,000 from theaters, while respective Rotten Tomatoes scores of 16 and 18 percent make it one of the worst-reviewed installments in a series that hasn’t exactly been dripping in quality since Tobe Hooper’s classic 1974 original.

Big names, recognizable brands, and buckets of entrails are always a selling point on streaming, though, with The Next Generation embarking on an unstoppable rise up the HBO Max most-watched list. As per FlixPatrol, the panned and largely useless chapter has become the eighth most-watched feature on the platform’s global charts, even if there’s nothing to recommend other than the presence of two future Academy Award-winning A-listers.