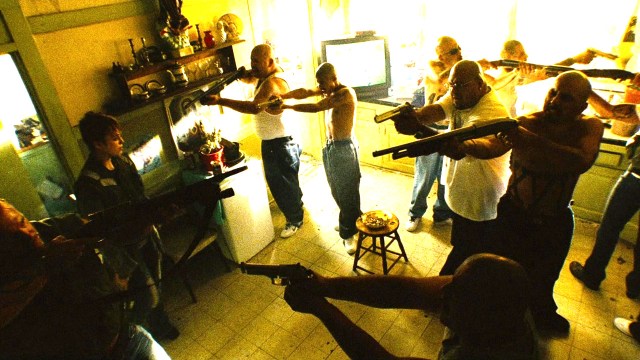 Based exclusively on the cast, crew, and real-life events that inspired the semi-fictionalized narrative, there was no reason to believe that 2005’s crime thriller Domino was going to be anything other than surefire success.

Throw in the incredible tale of how Domino Harvey turned her back on a privileged upbringing as the daughter of an esteemed and wealthy actor to give up her modeling job to become a bounty hunter, and all of the pieces were in place for a riveting character study that doubled as one of Scott’s signature frantically fast-paced and energetic actioners.

The only problem, and it’s admittedly a big one, is that Domino sucked. An 18 percent Rotten Tomatoes score speaks for itself, while even a much more receptive 56 percent rating from audiences hints that we’re only talking about a caper that could be described as passable at the very best. Throw in a disastrous $23 million haul at the box office on a $50 million budget, and that still barely covers how widely it missed the mark.

And yet, because even bad films need love, Domino has emerged from nowhere to track down a spot on the Starz most-watched list, per FlixPatrol. Loud, overly-stylized, excessive, and interminably dull, so much top talent should have combined to create something vastly superior.