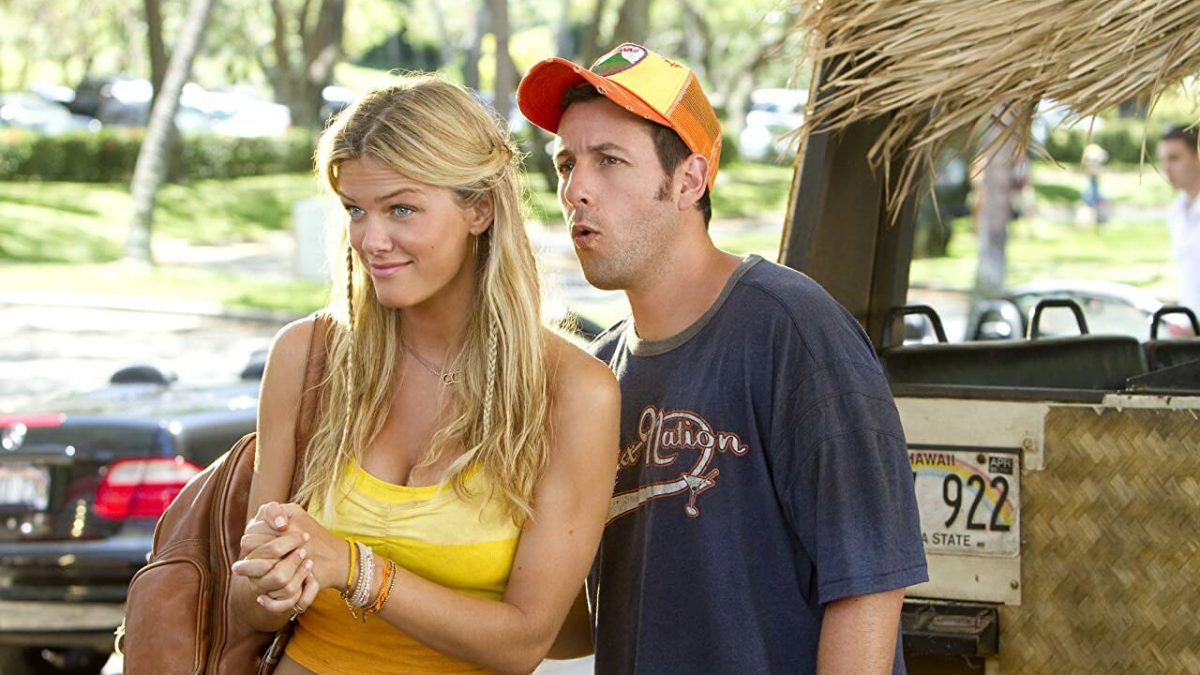 Despite Adam Sandler‘s riveting performance in drama Uncut Gems, the actor has churned quite a few stinkers over his prolific career. Such is the case for Just Go With It, which received an abysmal 19 percent on Rotten Tomatoes. Despite its poor rating, viewers have been lapping up the film since it hit Netflix on Jan. 1, and have pushed it up to number eight on Netflix’s top movies list, according to FlixPatrol.

The film follows the life of Danny, a big-nosed plastic surgeon who was burned in one of his past relationships. After getting surgery on his nose, he decides to avoid getting hurt ever again by telling women he meets he is married. That is until he meets a stunning young woman named Palmer who could be the key to Danny being vulnerable, until she finds out he is “married.”

In order to keep the relationship going, Danny digs himself deeper into the lie by saying that he and his wife are getting a divorce soon. However, Palmer wants to meet her. Danny then desperately turns to his assistant whose entire family is roped into the lie, which spirals into an epic adventure.

The film features a knockout cast with Sandler in the lead role alongside names such as Jennifer Aniston, Nicole Kidman, and Brooklyn Decker. Even with scathing reviews, the film’s big names were persuasive enough to draw in audiences, which allowed it to haul in a massive $214 million worldwide.

This isn’t the first terrible Sandler film making a comeback as of late, with his remake The Longest Yard also dominating Netflix charts in recent days.