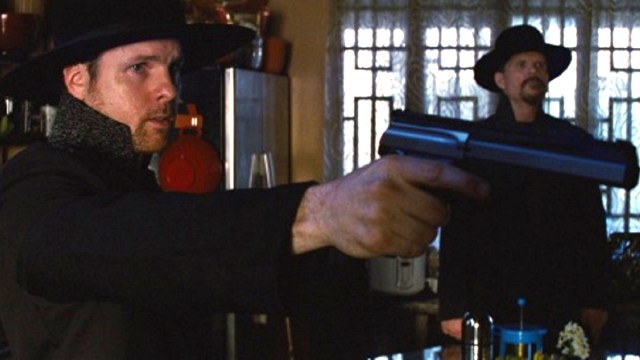 There’s so much sci-fi content on offer through film, television, video games, and countless other forms of media, that breaking out from the pack to put a fresh spin on a familiar genre has grown increasingly difficult. Rian Johnson’s Looper was far from groundbreaking or completely unique from a narrative point of view, but it nonetheless secured instant classic status.

Bolting the framework of a time travel adventure we’ve seen countless times before onto a high-octane thriller with heavy action elements, rock-solid character development, impeccable performances, jaw-dropping action sequences, with a little sociopolitical subtext sprinkled over the top, Looper was greeted with rave reactions by critics and audiences alike.

A massive hit at the box office after earning $176 million on a $30 million budget, it ranks as the best-reviewed film of Bruce Willis’ entire career on Rotten Tomatoes that isn’t Die Hard, while it’s arguably Johnson’s finest feature, too. Yesterday marked 10 years to the day since the acclaimed slice of superb cinema landed in theaters, with fans continuing praising it to the heavens.

The plot is simple on paper, but operating within the broadest strokes of the time travel subgenre allows Johnson to dig deep into the minutiae of his premise and elevate the material as a result. Joseph Gordon-Levitt’s Joe is a hitman who earns his money by eliminating his targets in the past, but temporal shenanigans occur when he realizes he’s been tasked to kill himself in order to close his loop for good.

Sci-fi supporters have seen the same basic setup done at least a handful of times before, but how often has it been done better than it was Looper?