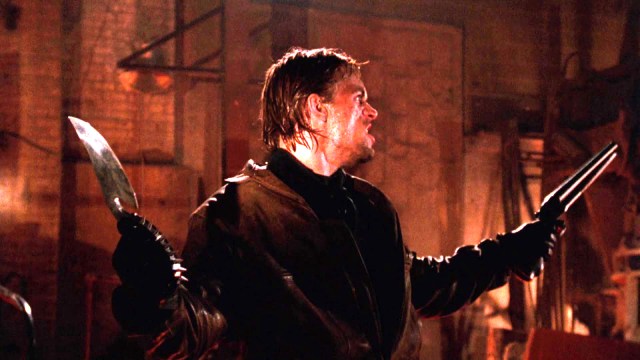 Depending on who you ask, 1986’s Cobra is either one of Sylvester Stallone’s very best action movies, or one of his worst and most self-indulgent efforts.

An 18 percent Rotten Tomatoes score and 43 percent user rating would signal that the violent leather-clad shoot ’em up ranks among the bottom tier of the legendary ass-kicker’s genre output, but a $160 million box office haul and enduring status as a cheesy cult classic for action junkies tells the other side of the story.

The existence of Cobra only came about after Stallone’s requests to heavily rewrite the screenplay for Beverly Hills Cop were rejected, which saw him jettisoned from the lead role and replaced by Eddie Murphy, who turned Axel Foley into a 1980s icon. Instead, Sly opted to refit his ideas into a standalone movie, which turned out to be a veritable buffet for audiences who love their no-nonsense actioners to be suitably loud, stupid, and ludicrous.

Such was Stallone’s desire to push the envelope that Cobra was initially rated X by the MPAA, before hefty edits whittled it down to a brief 89 minutes. There’s not much depth to be found in the tale of rugged cop Marion “Cobra” Cobretti battling against a secret society of killers while trying to protect a witness, but Hulu subscribers don’t seem to mind.

As per FlixPatrol, the 36 year-old favorite has made an unexpected appearance on the platform’s Top 10 rankings in the United States, with an entirely new generation of fans potentially set to be disarmed by the grotesquely over-the-top charms of an extremely sweaty action spectacular.