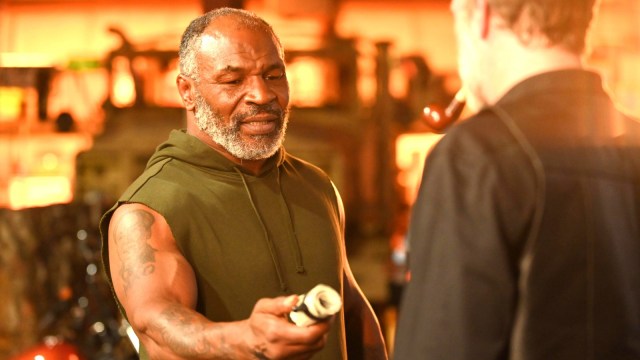 B-tier action thrillers are the bread and butter of the VOD circuit, and often feature a mix of jobbing A-listers, fallen stars, and up-and-coming rookies seeking to get their foot in the Hollywood door. In the case of Jared Cohn’s Vendetta, he seems to have gone out of his way to gather the most eclectic and random ensemble as humanly possible, with great success we should add.

Most likely due to its nonsensical cast, Vendetta has been tearing it up on streaming per FlixPatrol, having landed on the iTunes most-watched rankings in multiple countries.

The plot is bottom of the barrel stuff; with a vengeful father seeking to take justice into his own hands after the murder of his daughter. Once he’s taken out the culprit, though, he finds himself at loggerheads with a local gang leader and his goons, who also happened to be the recently deceased’s brother.

So far, so standard, especially when you remember that Bruce Willis plays the patriarch of the criminal enterprise in question in what sadly marks one of his final film roles. Clive Standen of Vikings and the short-lived Taken TV series heads up the roster as William Duncan, but things get seriously weird after that.

Sons of Anarchy and Luke Cage‘s Theo Rossi appears, as does VOD veteran and former Punisher Thomas Jane, alongside Westworld alum Jackie Moore, and low budget horror veteran Maddie Nichols. If that wasn’t enough bang for your buck, then prepare yourself to discover that Mike Tyson won some very mild praise for his turn as Roach, which is admittedly worrying for anyone who witnessed his acting prowess in The Hangover.