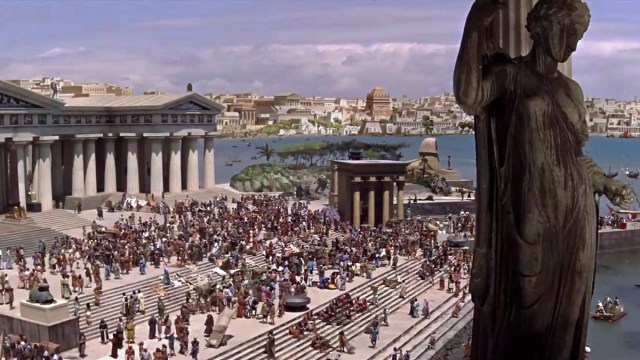 These days, we’re entirely accustomed to movies costing $200 million or not more, but Hollywood simply wasn’t ready for the sheer scope, scale, spectacle, and extravagance that defined the entire existence of 1963’s Cleopatra.

Arguably the most troubled and troubled production of its time, and definitely the most expensive, the lavish historical epic did eventually managed to turn a profit, although that didn’t happen until long after it had left theaters. In fact, things were so dicey at one stage that 20th Century Fox almost went bankrupt altogether.

Along the way, a change in director was facilitated when seven weeks of filming had yielded 10 minutes of usable footage, with four-time Academy Award winner Joseph L. Mankiewicz finally steering Cleopatra over the finish line. In the end, the film cost $31 million to obliterate any standing records in terms of expense, which is the equivalent to roughly $300 million when adjusted for inflation.

It did eventually gain classic status and win four Oscars from nine nominations, but Cleopatra wouldn’t operate in the black until rentals and TV broadcast rights began raking in some additional cash. A Gal Gadot-fronted remake has been in development for what feels like forever, but that hasn’t deterred fans from checking out the butt-numbing 251-minute original on streaming.

Per FlixPatrol, Cleopatra has been surveying its kingdom on the Rakuten global rankings, with audiences still enraptured by the sumptuous tale almost 60 years on from its release. Gadot’s redux does appear to be moving forward incrementally, but let’s hope it doesn’t cause any bankruptcy worries this time around.