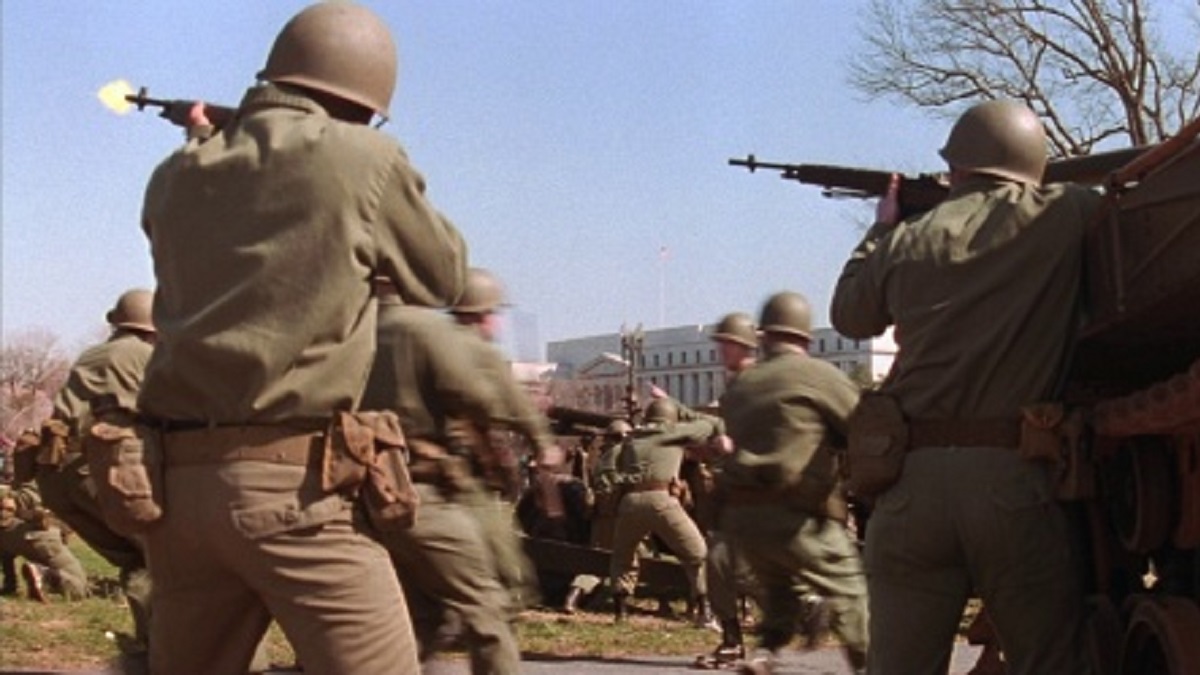 If you were to design a guaranteed sci-fi cult classic from the ground up, then there’s a distinct possibility it would look a lot like Tim Burton’s widely-adored Mars Attacks!, for better or worse.

Given the enduring popularity of the bonkers intergalactic invasion epic, you’d be forgiven for thinking that it was a certifiable smash hit during its initial theatrical run, but that’s not exactly the case. In fact, it wouldn’t be unfair to suggest that nobody cottoned onto the offbeat insanity until it was way too late, and many haven’t even been won over at all a quarter of a century down the line.

The $70 million blockbuster barely squeaked past $100 million at the global box office, and even its current Rotten Tomatoes scores make for disheartening reading. Mars Attacks! is so unhinged and geared towards a specific audience that a 56 percent critical rating sounds about right, but it’s the 53 percent user average from upwards of 250,000 votes that’s the real shock.

Clearly, none of those to have been left cold by Burton’s ode to the 1950s B-movie have been partaking in a celebratory Reddit thread, which finds everyone voicing their unanimous and undying support for the star-studded slice of silliness, even if it doesn’t take long for the comments and replies to devolve into nothing but the aliens’ unforgettable “ACK! ACK ACK!”

You can feel Burton’s love and passion for Mars Attacks! seeping out of every frame, and it’s a sentiment that continues to be reciprocated by the fandom almost exactly 26 years later.