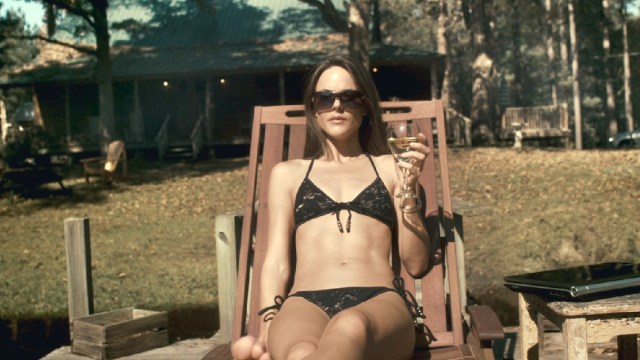 If we’re being honest, anyone who actively decides to watch a movie titled I Spit on Your Grave should have a fairly decent idea of what they’re getting into, and they should prepare themselves as such.

The infamous 1978 original was one of the most prominent titles from the “video nasty” era, with the graphic depictions of physical and sexual violence leading to protests, bans, and boycotts, as well as a dreaded X-rating from the MPAA. Despite its reputation, director Steven R. Monroe’s new version arrived in 2010 to prove that even the most hotly-contested horrors of all time weren’t immune from the unstoppable production line of remakes.

This time around, Sarah Butler’s Jennifer Hills rents an isolated country cabin to crack the story for her latest novel, only for her tranquil getaway to be brutally shattered by a gang of local thugs who leave her for dead. Of course, she survives the ordeal, and opts to track them all down and exact a revenge-driven rampage that ups the ante each time she ticks a name off her list.

Underlining that not every recognizable moniker is going to draw in a crowd with a fresh coat of paint, I Spit on Your Grave V2.0 earned less than $600,000 at the box office on a $2 million budget, with 31 and 47 percent Rotten Tomatoes scores from critics and crowds signposting that it had nothing to offer besides the gratuitous exploitation-style violence.

And yet, because we’re only 10 days away from Halloween, the unexpected but also inevitable comeback is on. Per FlixPatrol, I Spit on Your Grave has become one of the top-viewed features on Starz, leaving us to commend the strong disposition of the platform’s subscribers.