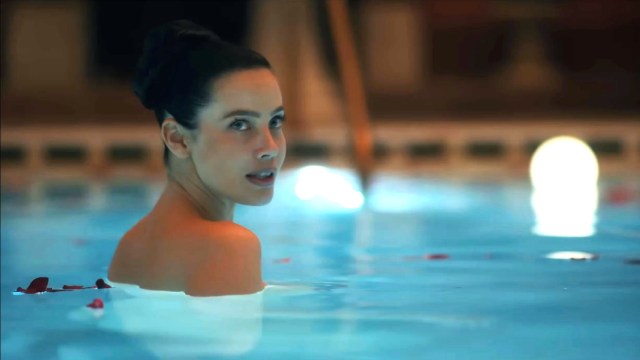 You may be wondering about the oxymoronic title, but it makes total sense when you consider the context, reactions, and reception to recent theatrical debutant The Invitation.

Director Jessica M. Thompson’s reinvention of the Dracula mythos isn’t a bomb, having earned upwards of $30 million at the box office already on a budget reported to be hovering around the $10 million mark. In fact, it even debuted at number one in the United States, albeit with the caveat of a $6.8 million haul giving it the distinction of scoring the lowest-grossing debut for a chart-topping film in 15 months.

The ambition is there, and the production design is suitably superb, but with Thompson having admitted that The Invitation has an R-rated cut coming down the pipeline, viewers couldn’t help but shake the feeling that the PG-13 version was a little too toothless and watered-down for their tastes.

A 27 percent Rotten Tomatoes score and 59 percent user rating signals that the modern-day retelling of Bram Stoker’s legendary tale from a female perspective missed more targets than it hit, too. In essence; The Invitation is a number one box office hit that’s already in the black, but it did so in unspectacular fashion. On top of that, the narrative did exactly what it set out to do, but not in a way that left everyone overwhelmingly impressed.

Continuing its recent winning streak, though, FlixPatrol reveals The Invitation as one of the Top 10 most popular features on both Amazon and iTunes among customers in the United States. Say what you will about the undercooked nature of the end product, then, those fangs have still got plenty of bite left in them.