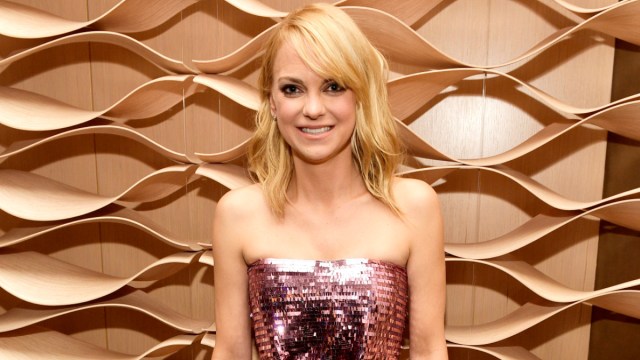 It seems like you can’t throw a rock these days without hitting a once-beloved Hollywood icon who is suddenly problematic. Such was the case this week when Anna Faris put late director Ivan Reitman on blast for his on-set behavior on the set of the 2006 superhero rom-com My Super Ex-Girlfriend.

Faris recalled the anecdote while speaking with Lena Dunham on the latest episode of her Anna Faris Is Unqualified podcast. During the chat, the pair were discussing the directorial process when Dunham asked Faris what qualities she likes most and least in a director. Suffice it to say, it did not take her long to name Reitman, who is famous for classic comedies such as Ghostbusters, Meatballs, and Stripes, to name a few.

“Can I speak ill of the dead?” Faris asked her guest, who naturally was more than happy to oblige.

“One of my hardest film experiences was with Ivan Reitman,” the 45-year-old confessed. “I mean, the idea of attempting to make a comedy under this, like, reign of terror. He was a yeller. He would bring down somebody every day, and my first day, it was me.”

Faris recalled that the trouble with Reitman — who died earlier this year at age 75 — started while filming her very first scene in the film, which happened to be a fight sequence opposite Uma Thurman.

“It was just the beginning of it, so we did the rest of the fight much later, but it was all really hard. It was New York, it was winter, and I wear a red wig,” she explained. “And right before — I’m in hair and makeup, and my hair lady knocks over a big jar of wig glue, it was like a quart, and it’s all over. I had this Yves Saint Laurent sweater my character was wearing, they only had two of them, for a fight sequence.”

“So I was like 20 to 25 minutes late … And I was terrified, truly, that on my first day, Ivan thinks that I’m some kind of diva that’s not coming out of my trailer,” Faris continued. “Ugh, man, so I’m like in the middle of this street that’s all lit, you know it’s a night shoot, and he’s just taking me down.”

“Yeah, he was just like, ‘Annie!’ — he always called me Annie — he’s like, ‘You can’t play like that around here!’ And I was like, don’t do it — no crying — I felt angry, hurt, humiliated, and defensive,” she recalled. “And I said, ‘Did no one tell you what happened?’ And, at that point, he just kind of shut up, and like went behind the camera.”

“But then later, he slapped my ass, too,” Faris added. “That was a weird moment.”

Dunham then interjected that Faris had not been the first to report that kind of behavior, and asked if there had been any accountability. Faris admitted that given the year — which was a full decade-plus before the #MeToo movement — she instead decided to “lay low and play it safe.”

Dunham admitted that she, too, experienced the director’s wrath during a set visit years prior. But unlike Reitman’s frequent collaborator Bill Murray, whose latest movie Being Mortal is currently in limbo due to the actor’s on-set misconduct, it’s only his legacy that can suffer at this point. And we probably shouldn’t be shocked if Faris is the first to come out of the woodwork with stories.