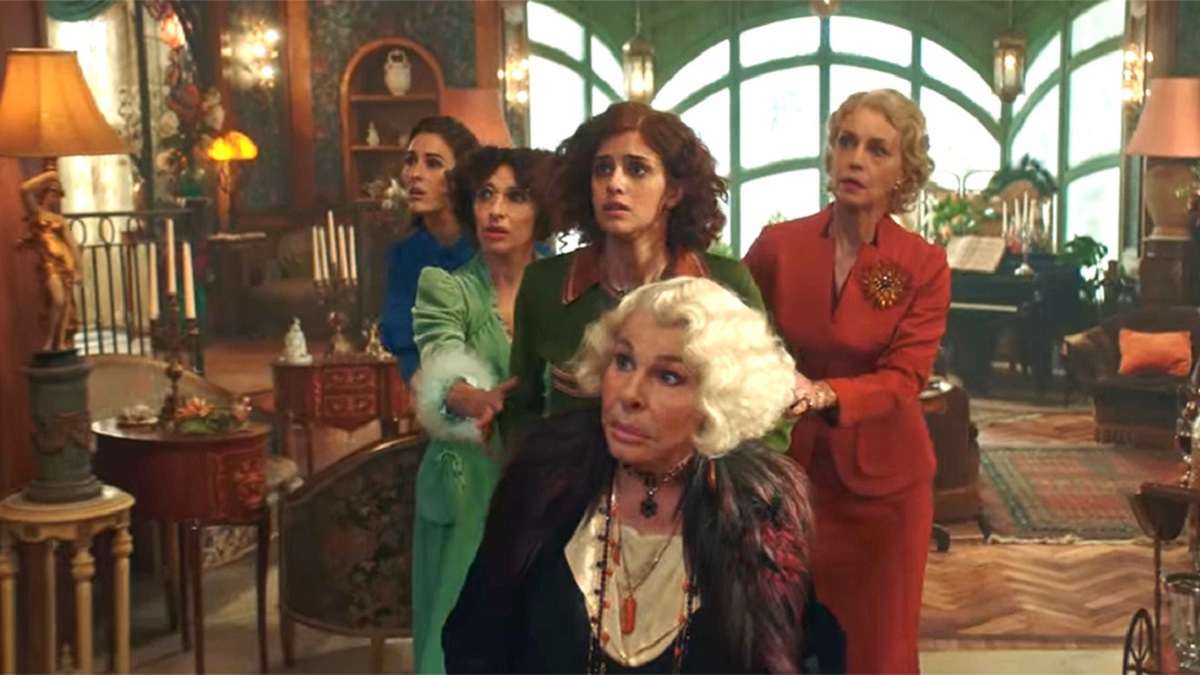 Thanks to Kenneth Branagh’s Hercule Poirot adaptations, Tom George’s delightful See How They Run, and of course Rian Johnson’s Knives Out duology, the whodunnit is back in major way. That being said, we’re still surprised to see 7 Women and a Murder making such a splash at the top end of the Netflix charts.

Per FlixPatrol, last year’s murder mystery has become a Top 10 hit in no less than 61 countries around the world, which has seen the remake of the 2002 feature 8 Women (which was itself adapted from the play Huit femmes) rank as the number three top-viewed title on the streaming service’s global rankings.

Glass Onion remains the platform’s champion for the time being, with the first Benoit Blanc caper nestled right behind 7 Women and a Murder in fourth, meaning that 75 percent of Netflix’s top four movies on a global scale are whodunnits – with the other being a musical just to freshen things up a touch.

As you may have been able to guess, the story does indeed revolve around seven women and a murder, with the culprits trapped in the sort of palatial mansion the genre loves so much as ulterior motives, suspicions, and suspects begin to arise following the death of a family patriarch.

Hardly original, but decently received by critics, it wouldn’t be a stretch or a disservice to suggest that the success of Johnson’s Netflix mysteries have been the driving force behind co-writer and director Alessandro Genovesi’s stab at the twisting and turning conspiracy come out of nowhere to wind up as a monster-sized hit on a gigantic streamer.