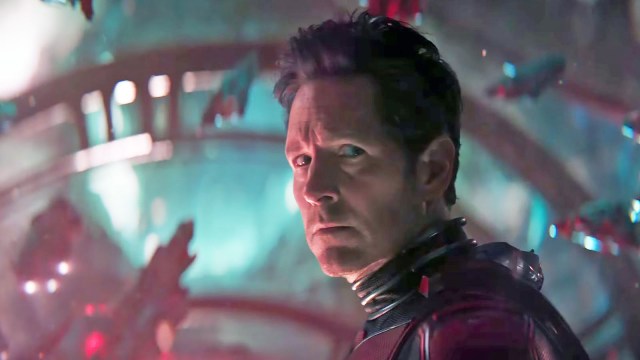 Warning: The following article contains possible spoilers for Ant-Man and the Wasp: Quantumania and the comic book Young Avengers.

Everyone’s favorite superhero daddy-o Ant-Man is returning to the screens in a new trailer that just dropped on Monday. Naturally, MCU fans have already been flooding social media with plenty of speculation surrounding Ant-Man and the Wasp: Quantumania. With some recastings and the addition of some new villains and superheroes alike, fans seem to wonder if all the new introductions are just an ominous sign of what’s to come in the future.

On Reddit, one user brought up the possibility of a sinister outcome for Ant-Man 3, especially from the introduction of Kang the Conqueror, who will be playing one of the most anticipated supervillains in the entire franchise. This opinion is also derived from the belief that the quantum realm will prove to be more fatal for a certain Scott Lang.

The user describes the theory, believing that Ant-Man’s “journey throughout the film will be one of letting go of the fame, the glory, the life he has now, all to save his family.” The prediction goes as far as believing that Kang will be the one telling Scott that he will die unless he “helps Kang achieve his goals.” Ultimately, the superhero will realize that the “future Kang is offering isn’t one that he wants,” falling into his eventual demise.

Fans in the comments also echoed the heartbreaking, albeit logical, theory that “someone is definitely gonna die in this film,” although some bets are being placed on Hank Pym, and Janet instead, believing that Lang will be carrying on the legacy of Pym.

Other opinions seem to diverge from such a dark doom, with fans wholeheartedly believing that Ant-Man would not die, but with vastly darker opinions surrounding the ending of the movie. “the last 15 minutes of the movie could be the darkest 15 minutes of any Marvel movie,” one user said, “Kang defeats the heroes and kills them all mercilessly.”

At the same time, some have brought up the theory that if Ant-Man was to end his journey in the upcoming film, it would mark the start of Phase 5 of the Cinematic Universe, which seems to be around “building the Young Avengers.” as evidenced by a young Cassie Lang already in a superhero costume, starting her journey to Stature in the trailer. One user also pointed out that Cassie joins the Young Avengers and Children’s Crusade “because of her father’s death,” showing that the theory might just be the perfect stepping stone into starting the new Marvel era.

Ant-Man and the Wasp: Quantumania is scheduled to hit theatres on Feb. 17, 2023.