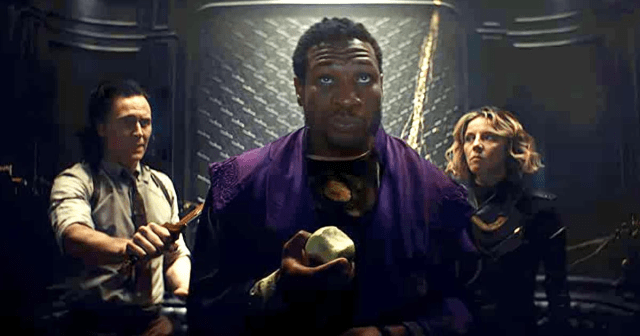 We’ve only caught bits and pieces of Jonathan Majors‘ turn as Kang the Conqueror so far, with his highway robbery of the spotlight in the season one finale of Loki, and his brief appearances in the latest trailer for Ant-Man and the Wasp: Quantumania. But, in that short time, it’s already no question that Majors will be bringing this multiverse-level threat to life with all the terrifying gravitas that the warlord demands.

At least, that’s what Kang demands in the realm of comic books and the Marvel Cinematic Universe. When it comes to Funko Pop territory, however, the aforementioned warlord energy is replaced with that of a guinea pig, or perhaps a sea otter.

Portal Funko, a Brazilian Funko Pop fan account, recently tweeted a look at an upcoming Funko figurine for the big bad, and while the brand’s aesthetic tends to guarantee that a threatening aura is non-existent, we would go as far as to say that Kang just looks straight-up adorable here; we struggle to imagine not just patting this little guy on the head as he squeakily declares his plans to take over the multiverse.

It seems that this particular variant of Kang will be officially making the rounds on Jan. 12 next year, but don’t let that face distract you from the very real danger that Kang will be posing to Scott Lang and the rest of the multiverse’s heroes; fans are already convinced that Ant-Man will be meeting his fate at the hands of Kang, and, if true, it would merely set the tone of what we’re in for with this particular big bad.