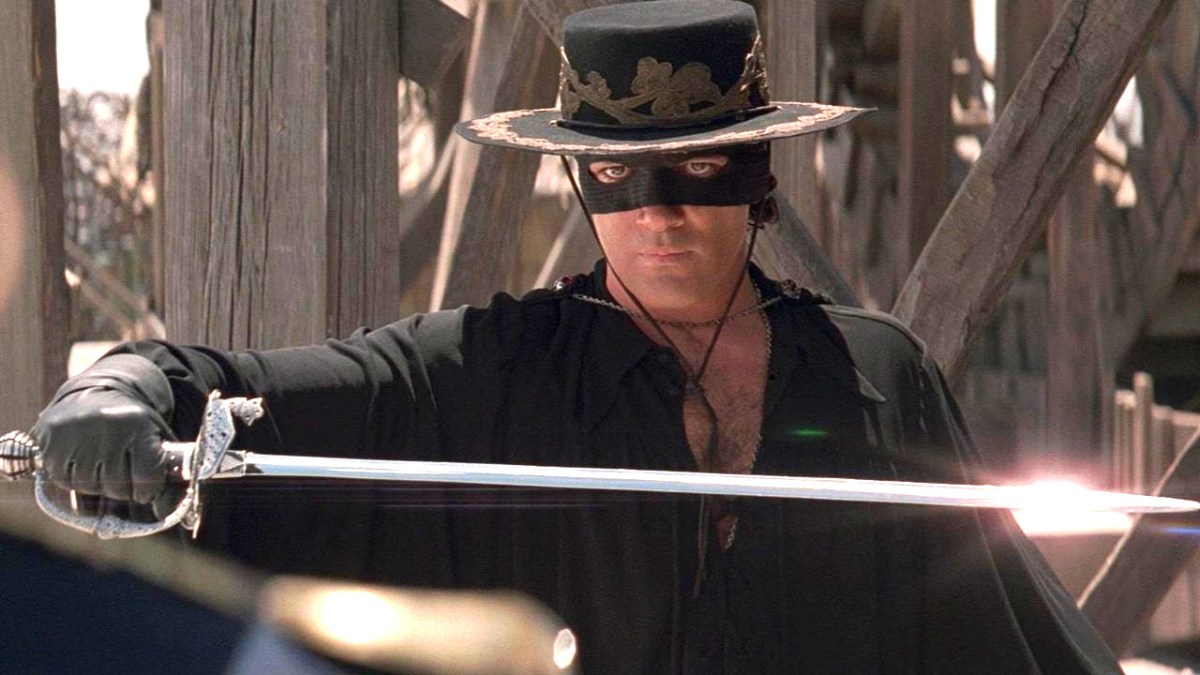 Legacy sequels to continue to be in vogue, and given the lack of franchises the studio has at its disposal, we’re a little surprised that Sony hasn’t yet opted to take a crack at a third Zorro.

It’s been 24 years since Antonio Banderas first donned the mask in Martin Campbell’s phenomenal opening installment, and 17 since he returned for the vastly inferior sequel. The leading man might be 62 years of age, but that’s younger than Anthony Hopkins was in The Mask of Zorro, so a potential threequel could mark a fitting passing of the torch to another hero that would also bring the entire saga full circle.

In an interview with ComicBook, Banderas admitted that he’d be open to the idea of throwing on the wide-brimmed hat one more time, and echoed the exact sentiments we’d mentioned above.

“Yes, I would, I would consider that possibility, why not? Yeah, I think today, I said something like that to somebody. They asked me about Zorro. If they called me to do Zorro, I would do what Anthony Hopkins did for me, which is to pass the torch.”

As for who could inherit the mantle of Don Diego de la Vega, one of the most famous Hispanic heroes of the modern era and the man who rose up against the tyranny of his people’s oppressors in 1800s California? Well, you’ll be surprised.

“Tom Holland. I did Uncharted with him and he’s so energetic and fun and he’s got this spark, too. Why not?”

Let’s be honest, English gentleman and A-list superstar Tom Holland has a zero percent chance of being hired as Zorro in 2022. Sure, Hopkins also has a stiff upper lip, but it would be an understatement to say that casting calls have evolved since then.

Spaniard Banderas last played the role on the big screen, while countryman Miguel Bernardeau, Wilmer Valderrama of South American descent, and Filipino Richard Gutierrez have all recently been tasked with the part in one way or another on the small screen, so we’re not exactly sold on London-born Holland stepping in.