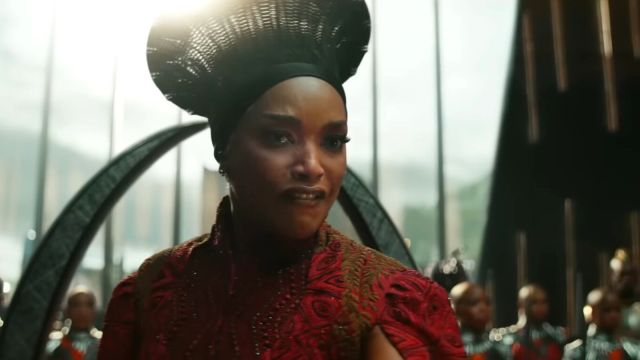 Angela Bassett is receiving mountains of praise from international Marvel fans who already watched Black Panther: Wakanda Forever in theaters. Her performance was powerful throughout the whole movie and it’s prompted some fans to campaign for the actress’ nomination in the 2023 Academy Awards.

Bassett played the role of Queen Ramonda, the leader of Wakanda after King T’Challa died due to an unspecified health condition. Throughout the film, Ramonda had to play the role of both a loving mother to Shuri and a fierce leader. Some of her most noteworthy scenes in the movie are when she called out the other countries in the United Nations for their attempts to attack Wakanda. Another was her short, yet powerful speech to Okoye when the general of the Dora Milaje failed to protect her daughter.

“I am queen of the most powerful nation in the world, and my entire family is gone. Have I not given everything?”

Fans believed Bassett killed the role to the point they see it as Oscar-Worthy and believe the Academy must recognize her breathtaking performance.

Bassett was nominated once for an Oscar Award back in 1993. She was one of the nominees for Best Actress for her role in What’s Love Got To Do With It. She lost to Holly Hunter in her role in The Piano. She was also nominated for multiple Emmy Awards and won the Golden Globes in 1993.

It was reported that Bassett’s role in Black Panther: Wakanda Forever may be eligible for an Oscar nomination for Best Supporting Actress. If so, this makes the film the first in the MCU to be nominated for the award. It’s now up to the Academy to decide if she’s worthy of the nomination. But based on how fans are reacting and how powerful this woman was in the film, now is the perfect time to recognize Bassett’s talent.

If you want to witness Bassett’s powerful performance as Queen Ramonda, Black Panther: Wakanda Forever will be released in theaters on Nov. 11.