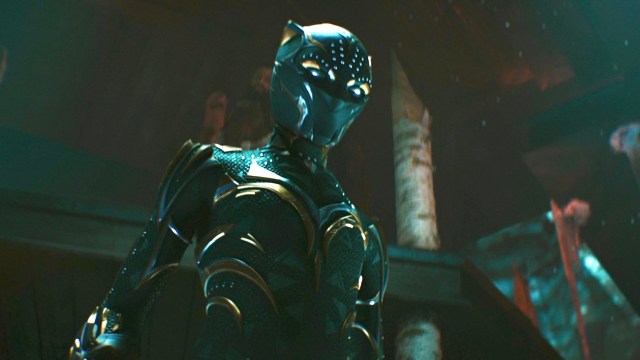 Next month, the world is going back to Wakanda in Black Panther: Wakanda Forever. The film features much of the initial cast, several new character, and, now, there are unconfirmed reports another icon has boarded the piece, at least for its soundtrack part.

A new article from trade publication Hits says Rihanna may have recorded two songs to be included on the Marvel Cinematic Universe project’s audio release. There were rumors earlier she would be cast in the film, though this was later debunked. The fashion mogul and artist has not released any new content since 2016, though she is coming back to perform at the Superbowl.

The 34-year-old has not commented on the claim to confirm or debunk it as of this story’s filing. She said earlier she has a new album completed, but is withholding its release for the time being and has appeared in a number of projects as an actress, too.

In film, her work includes Guava Island, Ocean’s 8, Valerian and the City of a Thousand Planets, and Annie. On the television side she has made multiple appearances as herself, worked on Bates Motel and has also hosted Saturday Night Live multiple times, too. Fans online are excited at the idea she could be making something for the upcoming release and on Twitter are using a variety of graphics and images from other Marvel projects to show their enthusiasm for the idea of new songs coming from the musician.