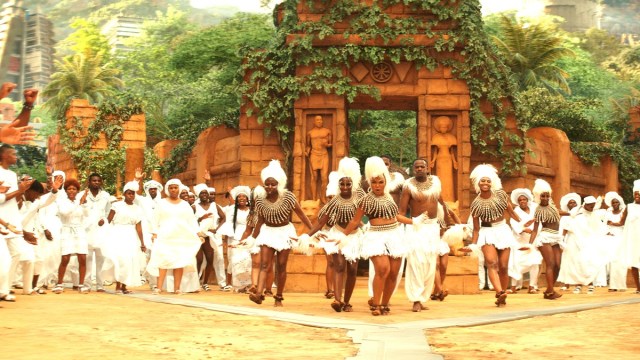 Succulent spoilers ahead for Black Panther: Wakanda Forever, as you may have guessed.

As if it couldn’t be made any clearer, Black Panther: Wakanda Forever hammered home the notion that the throne of the titular African nation may be well and truly cursed.

When you think about it, we’ve seen T’Chaka blown to smithereens in Captain America: Civil War, Killmonger staging a coup to seize power for himself in the first installment, his son T’Challa dying both on and offscreen in the most tragic of circumstances, before Ramonda ended up biting the dust at the hands of a vengeful Namor.

At this rate, you can completely understand why Shuri wasn’t all that interested in sitting in the big chair, while we’re starting to get a little worried for M’Baku after he agreed to step into the breach by the time the credits rolled. Ramonda’s death was a hugely powerful moment in the film, but star Angela Bassett admitted to IndieWire she wasn’t entirely sold on the idea when it was first put to her by director Ryan Coogler.

Even though it was Killmonger who Shuri encountered in the Ancestral Plane when her rage and fury threatened to get the better of her, it sounds as though we can expect Bassett to potentially return for a similar cameo in the inevitable Black Panther 3 when it happens. Let’s hope that turns out to be the case, because she’s not drumming up so much Oscars buzz for no reason.