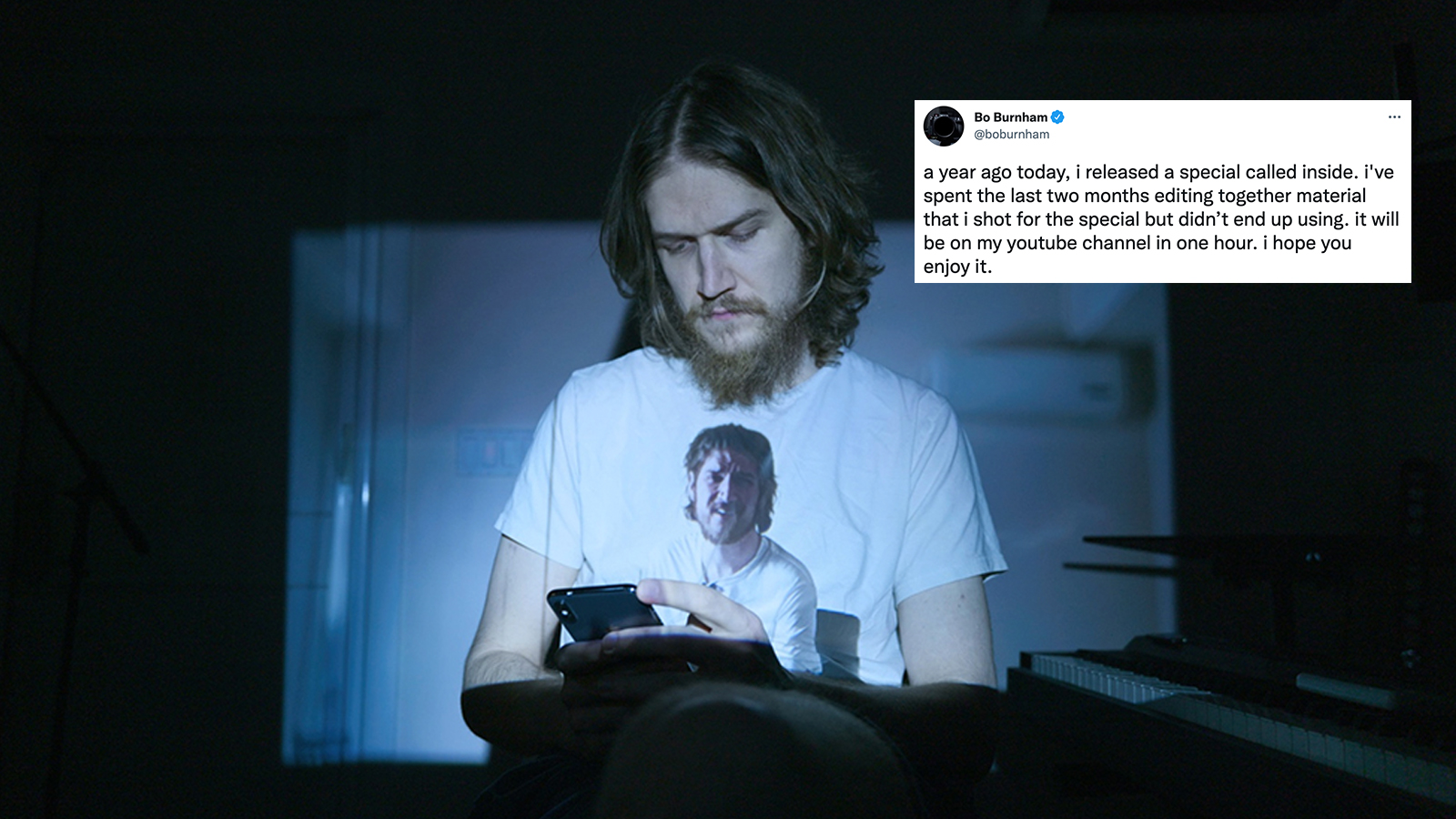 The internet’s resident funny man Bo Burnham just dropped over an hour’s worth of extra scenes cut from his Netflix isolation special Bo Burnham: Inside on YouTube.

Hell fucking yes. Just in time for the seasonal depression to hit.

Burnham said on Twitter he had spent the last two months editing together material he took for the special but didn’t end up using. He then revealed it would be upon his YouTube channel just an hour after his tweet — so, you can watch it right fucking now via his YouTube.

Burnham’s Inside is a one-hour comedy special by the comedian filmed entirely by himself over a year in isolation during the COVID-19 pandemic. You can catch it on Netflix.

The album for Bo Burnham: Inside drops on June 3rd.