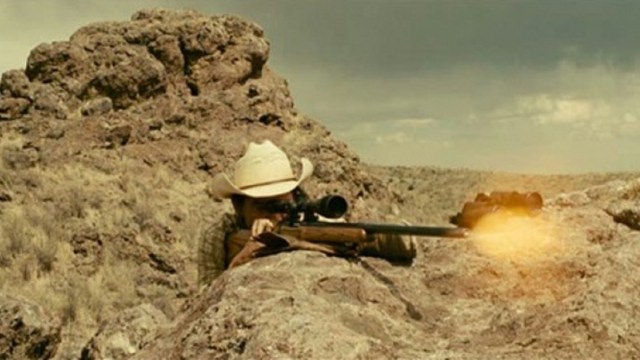 via Miramax
Review of:

The Coen brothers have built their entire careers of knocking out a string of stone-cold classics, but for a lot of people, literary adaptation No Country for Old Men remains the sibling duo’s finest work.

It’s their second highest-earning feature, with the riveting crime thriller hauling in an impressive $171 million at the box office on a $25 million budget, while it would be an understatement to say the critical and audience reactions were through the roof.

A 93 percent Rotten Tomatoes score, 86 percent user rating, and four Academy Award wins for Best Picture, Best Director, Best Adapted Screenplay, and Best Supporting Actor underline the undeniable fact No Country for Old Men is a modern classic. It’s continued to prove its worth on streaming, too, having enjoyed a healthy week on the on-demand rankings.

As per FlixPatrol, the criss-crossing caper that finds Josh Brolin stumbling upon a drug deal gone wrong has cracked the Top 10 on Chili this week, with subscribers unable to take their eyes off the cat-and-mouse game that ensues when Javier Bardem’s iconic antagonist Anton Chigurh sets out to reclaim his bounty, all while Tommy Lee Jones’ veteran lawman tries to do what he can to save the day.

It’s incredible stuff, punctuated by brutal scenes of violence that hammer home Llewellyn Moss’ desperation to stay alive while refusing to give up his ill-gotten gains, all while the boogeyman with a bowl cut tracks his every move like the Terminator on a bad hair day.