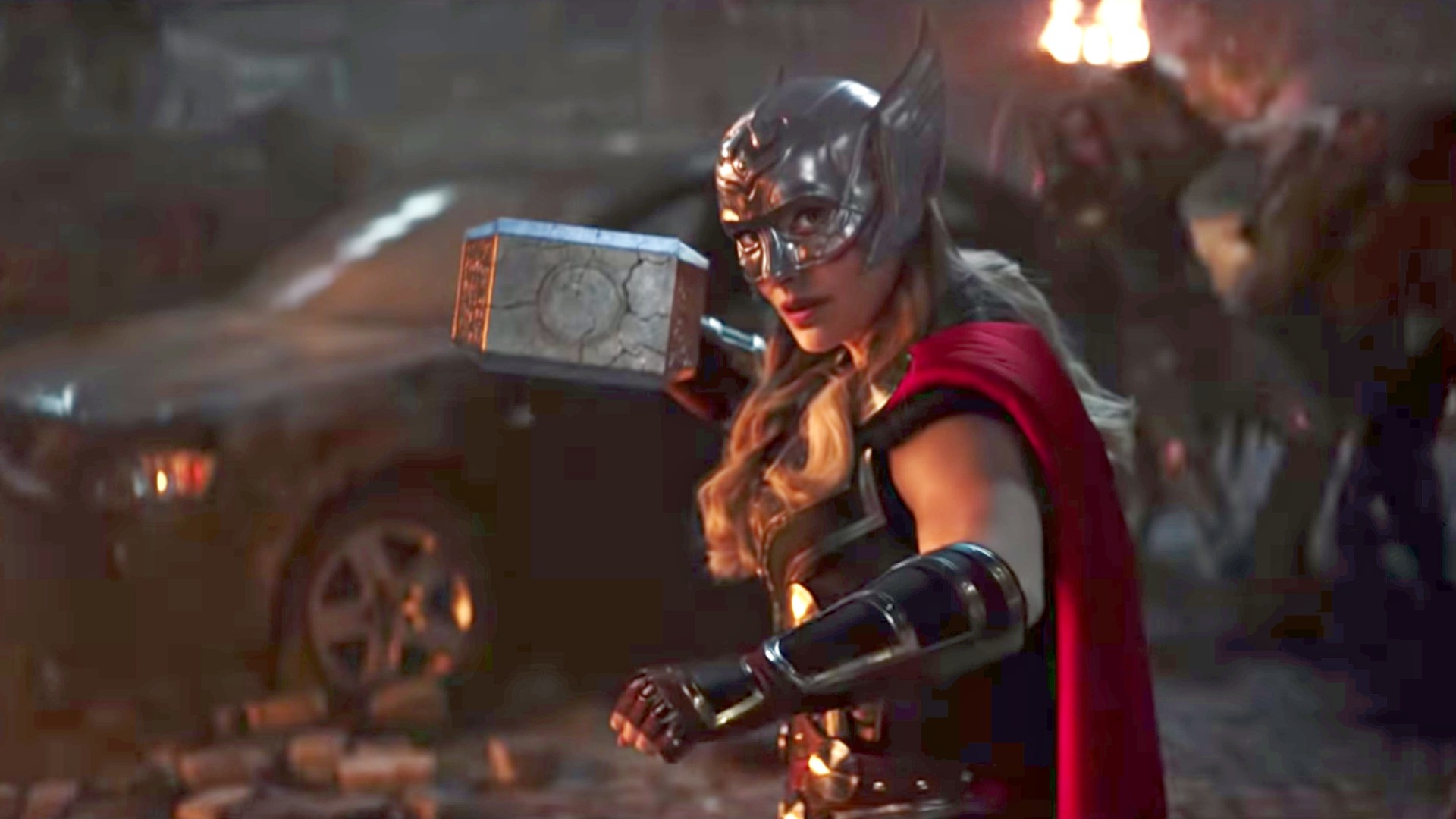 With Doctor Strange in the Multiverse of Madness now in theaters Marvel fans can properly begin to look forward to Thor: Love and Thunder in July. The fourth film in the Thor series sees Ragnarok director Taika Waititi return to bring his idiosyncratic brand of low-key Kiwi absurdism to the MCU once more, with the obvious highlight being Natalie Portman wielding Mjolnir as Thor.

We got a brief glimpse at her at the end of the trailer, but now Chris Hemsworth has posted a new still to Instagram showing off the pair in broad daylight. Check it out:

When Portman first revealed she’d be picking up the hammer she said she’d take the training seriously, and judging by her physique she’s kept her promise. Her look is even more impressive considering that she maintained a vegan diet throughout, so when the time comes to get down with the old bish bam pow in Love and Thunder she’ll look the part.

Hemsworth isn’t looking too shabby either. It remains to be seen what his role will be now that Jane Foster has Mjolnir, though his Asgardian lineage makes him a force to be reckoned with even without its powers. Love and Thunder is inspired by the comic book arc where Thor comes to be known as ‘Odinson’ and spent time wandering the galaxy trying to find his true calling.

The trailer hints that at least some of this will make it to the movie. Whatever else happens, let’s hope Jane Foster Thor isn’t a one-and-done deal, as she looks a total badass in that armor.