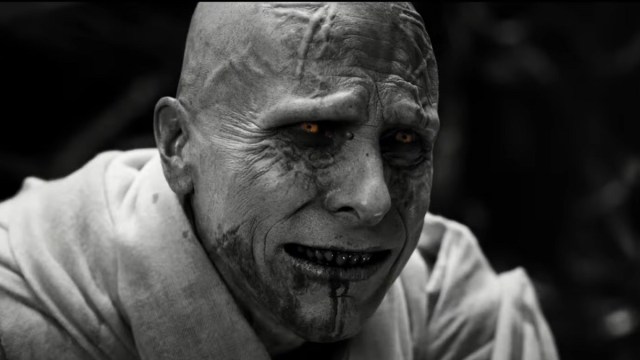 Christian Bale is the latest to join the Marvel Cinematic Universe rogues gallery with his portrayal of Gorr the God Butcher, the latest adversary of Thor in the upcoming film Thor: Love and Thunder. First introduced in Marvel comic books in 2012, Gorr is a murderous alien who wishes to slaughter every god in the universe.

Based on the character’s description alone, one would think that he’d be better suited for a more horror-leaning flick than the inevitably comedic Thor; Love and Thunder, but when you have a director as talented as Taika Waititi, who can effortlessly blend comedy with just about any subject matter, the result remains as mouth-watering as anything.

During the film’s press conference, Bale explained how a character such as Gorr, who appears to be one of the MCU’s more fascinating villains, manages to find his place in Waititi’s Thor ethos thanks to the director’s handling of the film.

“There’s a great pleasure in playing a villain. It’s a lot easier to play a villain than it is to play a hero. Everyone is fascinated with bad guys, immediately. The beauty of it is that Taika can make it bloody hilarious – and then really moving as well in this story. I don’t know if it’s pushing it too much to say sympathy, but certainly, you sort of understand maybe why this guy is making awful decisions, and he is a monster and he is a butcher. But there is possibly a little understanding of why he came to be that way.”

Hemsworth would go on to echo this sentiment, noting Gorr’s more sympathetic traits.

“There’s an empathetic quality there, there’s a vulnerability. You kind of find yourself going, ‘Ah, that’s what he’s doing is wrong, but I get the sense of the motivation behind it.'”

Thor: Love and Thunder releases to theatres on July 8.