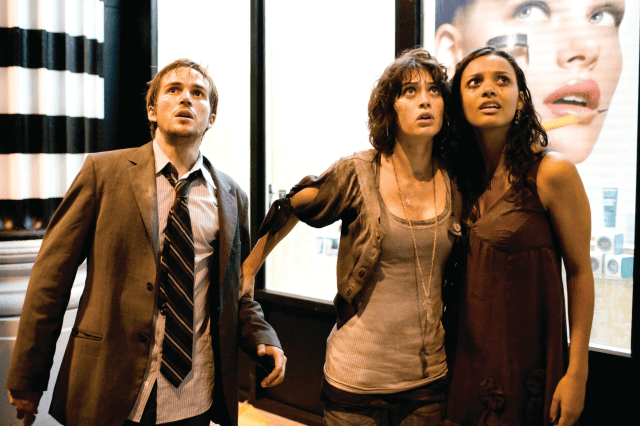 There’s an old saying that goes, “The same boiling water that softens the potato hardens the egg.” Indeed, some folks draw strength from pressure, while other tend to shatter in its presence.

Evidently, Joe Barton, who will be penning the script for the upcoming J.J. Abrams-produced Cloverfield sequel, is a proud egg, as he recently revealed in an interview with Variety how the expectations that would surround anyone looking to carry on the Cloverfield franchise, as he’s doing, would have their fair share of weight to them, and the writer welcomes them all:

I do quite like the pressure of it. And I like that there’s expectations. There are people that are excited for it and there’ll be people [who] I think will be slightly defensive, because there’s a definite quite hardcore fan base, particularly for the first movie.

He would go on to compare the pressure to that surrounding his upcoming Netflix release The Bastard Son & The Devil Himself, as the latter series — which is based on author Sally Green’s young adult fantasy novel Half Bad, had a pre-established fanbase by way of its source material — and therefore had plenty of people that were anxious about their favorite story being mishandled. With Cloverfield having garnered a similar fanbase over the last decade, the pressure is replicated:

But it’s a bit like with “Bastard Son,” you know, that book has hardcore fans as well and people are slightly… they’re waiting for you to f*** up, I think, in a sense.

But even if Barton wasn’t a fan of pressure, the writer’s confidence in the project would likely be more than enough to see him carry on, as he was all too happy to gush about what he, Abrams, and director Babak Anvari (Wounds, I Came By) have in store for audiences:

If I didn’t think we had a good idea, I didn’t actually think it was gonna be good, then I’d be worried. But I am really excited about the potential for what we’re doing with “Cloverfield,” and particularly the story that we came up with.

The untitled Cloverfield film has no release date at the time of writing, but we do know that it will be a joint production between Abrams’ Bad Robot Productions banner and Paramount Pictures.