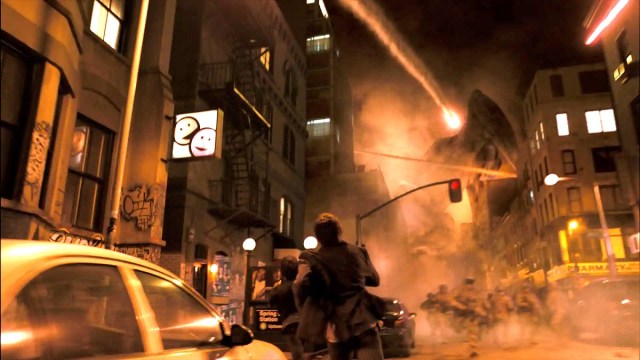 For a while there it seemed like you couldn’t watcha sci fi movie that director J.J. Abrams didn’t have his hand in. At one point, he was working on movies for Star Trek, Star Wars and Mission Impossible all at the same time.

One of the movies that really put Abrams on the map as leading sci fi director was the exceedingly excellent Cloverfield. It was one of the most influential movies of its time and still stands as a symbol of what’s possible in the genre.

People have been clamoring for a sequel for years, and the closest we got was 10 Cloverfield Lane, a sort of parallel story set in the same universe starring John Goodman. Abrams produced that movie and it looks like he’s going to be involved in the upcoming sequel as well.

With his hand in so many pots, how involved will Abrams be in the sequel? In an interview with Variety, writer Joe Barton, who’s writing the sequel, explained the famous director’s role in the film.

“I’m writing it on my own, JJ is a producer on it. So I go away and do my drafts and then he gives notes and the Bad Robot execs give notes, and then he’ll jump in occasionally and look at drafts and stuff. I imagine probably the next one, because Babak Anvari just came on to direct so we’re getting closer to production. I’m doing some revisions at the moment and the hope would be that this would be the last sort of big script push, and then we get on to actually making it.”

One of the hardest things about working on a sequel to such a beloved property, he said, were the expectations. Barton said he’s aware of those expectations and they help him in the writing process.

“I like it. I do quite like the pressure of it. And I like that there’s expectations. There are people that are excited for it and there’ll be people [who] I think will be slightly defensive, because there’s a definite quite hardcore fan base, particularly for the first movie.”

He said he’s optimistic about the upcoming movie because it’s one that he would like to see himself.

“I am really excited about the potential for what we’re doing with Cloverfield, and particularly the story that we came up with. I don’t know, I just think that I would really like to watch it, I think it will be a good movie. People are waiting with different preconceptions or prejudices or whatever, but all you can do at the end of the day is try and make something that’s really good, and then give it to them and see.”

There’s no release date just yet for the movie but we’ll keep you posted when we hear anything.