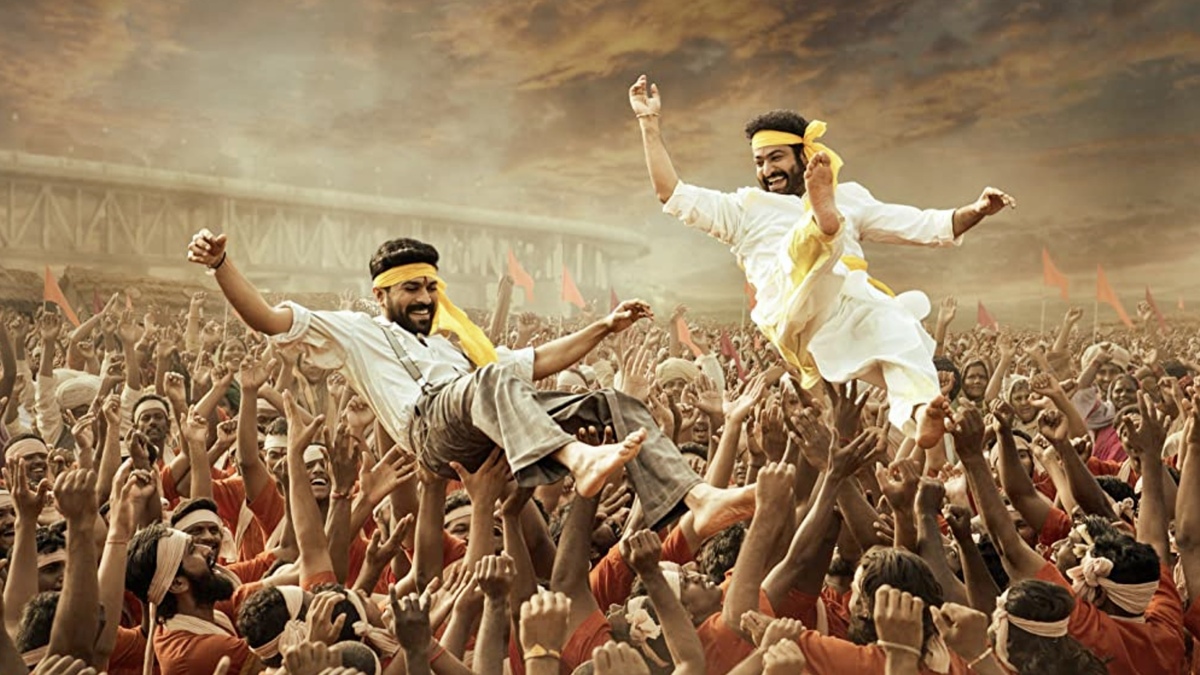 Now with renewed interest in the highly successful film, and with Academy Award nominations hours away, will RRR take home the award for Best Song? Or better yet, will it shock the world and sweep at the upcoming ceremony?

“Naatu Naatu” is an uptempo track that was critically lauded and gained commercial success upon release, quickly becoming one of the most popular Telugu songs of all time. The music video, which has already gained over 480 million views across multiple uploads, was shot in Ukraine, and features scenes from the film, as well as an epic dance battle that’s now taken over social media and become a viral sensation.

The song’s immense success has pretty much guaranteed its spot in the race for the award for Best Song, but here are some other nominations the film itself is deserving of.

By far the second-most likely award RRR will be nominated for is Best International Feature Film. Its potential contenders will be All Quiet on the Western Front from Germany, Close from Belgium, and Argentina, 1985, the latter of which picked up the Golden Globe Award for Best Foreign Language Film earlier this month. RRR is one of India’s most popular films in the world right now, and has boosted attention on Indian films for Western audiences.

Besides the smash hit that is “Naatu Naatu,” RRR boasts some really impressive musical numbers, going a step further to release music in other languages, making it one of the most accommodating soundtracks ever. With music in Kannada, Malayalam, Hindi, Tamil, and Telugu, and songs like “Dosti,” “Janani,” “Etthara Jenna,” and more, M. M. Keeravani is highly deserving of this nod, and perhaps a potential win.

The film has been praised for its expert cinematography, led by K. K. Senthil Kumar. With some of the most epic action scenes in cinema in recent times, and featuring Indians, foreigners, and even animals, a lot of thought clearly went into delivering the most amazing experience both musically and visually. In an interview with Collider, Kumar revealed the reason for the decision to shoot “Naatu Naatu’s” epic dance battle in Ukraine.

“We needed lots of foreigners for the scene, but getting them into India was too difficult because of the Covid restrictions. One of the first countries to open for filming was Ukraine, so we found a great set of dancers there and got to shoot at Mariinskyi Palace, the home of the president. It’s a beautiful place, and we had a wonderful experience shooting there.”

S. S. Rajamouli is no stranger to directing major Indian blockbusters, and is widely regarded as one of the country’s most prolific directors, and is responsible for the epic releases Baahubali: The Beginning and Baahubali 2: The Conclusion, the latter of which is the second-highest grossing Indian film to date. It’s about time for Rajamouli to be recognized by the Academy Awards for his large contributions to cinema, and RRR is the perfect opportunity for him to finally gain recognition from Western audiences.

Indian cinema is known for its many action releases spanning decades, and while initial reception to the visual effects of the country’s films were polarizing, with releases like Baahubali and RRR, there’s been an influx of praise toward the improvement of handling visual effects. Editing for the project was handled by A. Sreekar Prasad, while V. Srinivas Mohan supervised the visual effects.

The nod that would no doubt break the cinema, it might be a long shot to declare RRR as deserving of a Best Picture nod, but it wouldn’t be an outright wrong claim. Visually, RRR is a masterpiece, and the film’s critical success is worth noting, as it has earned rave reviews both at home in India, and abroad. The Oscars have shunned more than enough films in this highly coveted category, but including RRR in its list of nominations for Best Picture is a step in the right direction of ensuring that brilliant films outside of the West’s purview will cease to be overlooked, in spite of their brilliance.